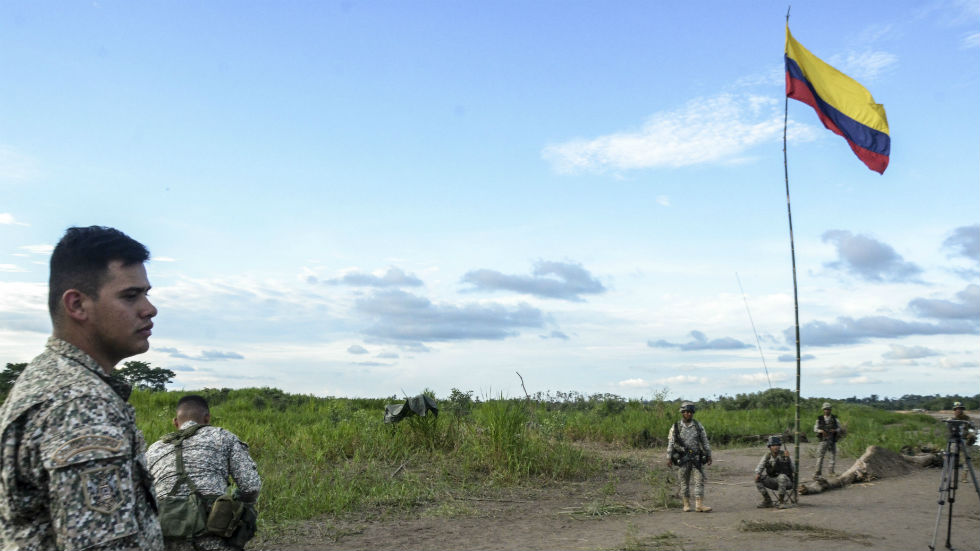 Colombia’s government on Tuesday sent a letter to the Venezuelan foreign ministry to protest against another military incursion from its neighbor near the border in the Norte de Santander province last week.

According to Colombia’s defense ministry, the troops entered Colombian territory  between November 15 and 16 by helicopter in the municipality of Tibu, east of “Intermedio” and “Socuavo I,” which serve as a boundary between the two countries.

The unfolding crisis in Venezuela has led to heightened diplomatic tension between the two neighbors and this latest incident only adds to similar incursions over the course of this year.

In March, Venezuelan troops entered Colombian territory and installed a camp in the municipality of Arauquita in the Arauca province, reportedly destroying crops on at least three hectares and raising the Venezuelan flag.

On July 14, a Colombian worker identified as Libardo Fuentes Hernandez was assassinated in a supposed targeted attack by the Venezuelan authorities along the border near the city of Cucuta as he extracted material from the Tachira River.

The tension between the two countries escalated further in May when the Venezuelan government complained about Colombian military tanks operating close to the border in the La Guajira province calling it an act of “provocation.”

Colombian authorities responded by claiming that the tanks had been there since 2015.

Complaints from the governor of La Guajira in August led to a further escalation of tension when he claimed that Venezuelan  troops had attacked indigenous Wayuu people on the Colombian side of the border.

Venezuela’s Defense Minister Vladimir Padrino denied the incident, claiming it was a “false positive” on behalf of Colombian authorities.

Colombia’s border with Venezuela: 13 attacks in past month

Since August, there have been reports of varying reports of clashes along the 2,219 km (1,379 mile) border, over which contraband and illegal drugs are said to pass frequently.

This latest incident however puts bi-lateral relations into the spotlight once again as the social and economic crisis continues to unfold in Venezuela.

The administration of President Juan Manuel Santos has long gone out of its way to avoid and evade tensions with Colombia’s increasingly unstable neighbor, but withdrew its ambassador on March 31, the day TeleSUR claimed Colombian soldiers gathered near the countries’ main border crossing in the border city of Cucuta.

Since then, Colombia joined a coalition of 11 Latin American countries who all called on Venezuela to seek effective ways to deescalate political violence, while offering to mediate and seek a negotiated end to the violence in the troubled state.

In an interview with television network Caracol in August, the Colombian President said that “it hurts me a lot what is happening in Venezuela. They are installing a dictatorship, ending democracy.”

As the diplomatic exchanges to and fro, further incidents along the border are likely to escalate what has become a very precarious political situation.