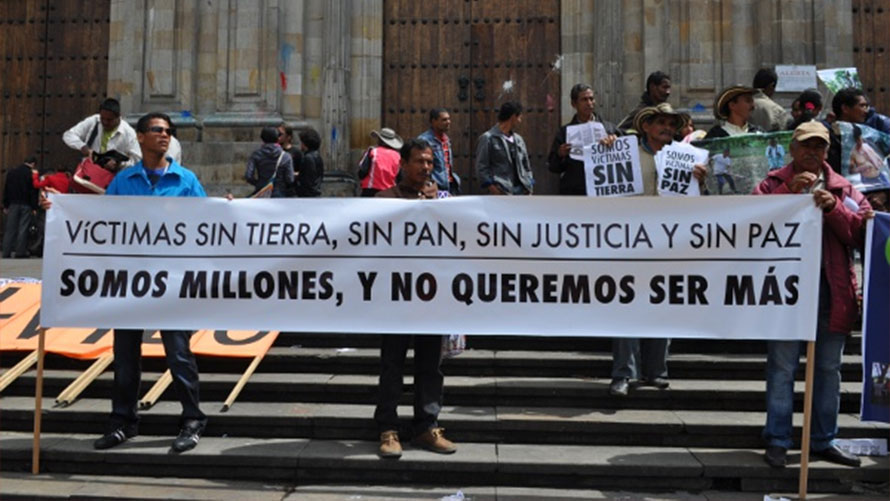 Colombia’s government has barely compensated millions of war victims of armed conflict, according to a damning report of governmental watchdogs.

A commission of delegates of the Inspector General’s Office, the Comptroller General’s Office and the Ombudsman found that the administration of Juan Manuel Santos “fell short in the goals outlined for service, assistance and compensation” of the 8 million war victims registered by the government.

According to the commission, plans and programs to implement the law are systematically underfunded, resulting in minimal advances in the assistance of victims and their reparation.

For example, the program to improve the entrepreneurship skills of victims attended only 0.91% of the people it vowed to help. A similar labor education program to improve victims’ labor skills only reached 2.46% of the victims it was meant to attend.

In a study released by NGOs earlier this year, the government was slammed after finding that the legal cases of only 3.4% of displacement victims seeking to reclaim land actually made it to court.

How Colombia’s praised land restitution process is failing the displaced

The Victims and Land Restitution Law (Law 1448) was enacted in 2011 with the chief purpose to reclaim around 8 million illegally stolen hectares, an area larger than Costa Rica, that have been forcefully seized some 7 million Colombians since 1985.

Additionally, it sought a just compensation for suffering caused in the conflict.