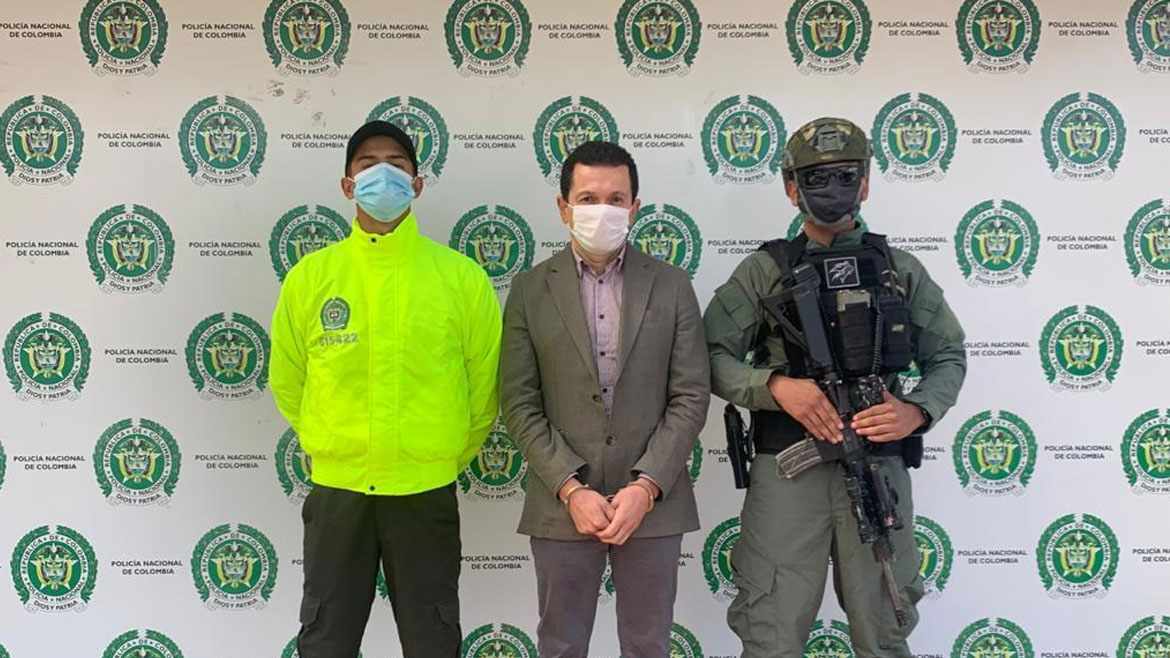 Colombia’s victims fund received real estate that was developed by the husband of Vice-President Marta Lucia Ramirez and an alleged drug kingpin, the prosecution said Tuesday.

In a press statement, the prosecution said that the victims fund was given three offices and 20 parking lots located in the luxurious Torre 85 office complex in the capital Bogota.

The offices and parking lots belonged to “Memo Fantasma,” who allegedly began trafficking cocaine and laundering money with the Medellin Cartel in the 1980’s.

Fantasma, whose real name is Guillermo Leon Acevedo, was arrested in July in Bogota where the alleged mafia kingpin owned part of the office building that was developed by the company of Martinez’s husband Alvaro Rincon.

The prosecution is investigating whether or not the VP’s husband knowingly took part in the laundering of drug money through real estate development.

According to the prosecution, the three offices and 20 parking spaces made available for victims of paramilitary group Central Bolivar Bloc (BCB) would be worth $2.8 million (COP10.8 billion).

Prosecutors asked a judge to warrant the expropriation of more offices in Torre 85 allegedly belonging to the alleged drug kingpin with a total value of $3.4 million (COP12.9 billion).

The prosecution said to have identified real estate properties of Fantasma with a total value of $17.4 million (COP66.6 billion).

Most of this real estate would be located in the capital, according to the prosecution’s press release.

“Hitos Urbanos,” the company of Rincon, said in July that the Torre 85 office complex was constructed as a joint venture that was formed with Fantasma in 2006.

According to the prosecution, the alleged mafia kingpin became one of the financial chiefs of the BCB after the fall of the Medellin Cartel between 1989 and 1993.

The paramilitary group demobilized and disarmed in January of 2006 as part of an agreement with former President Alvaro Uribe and paramilitary umbrella organization AUC.