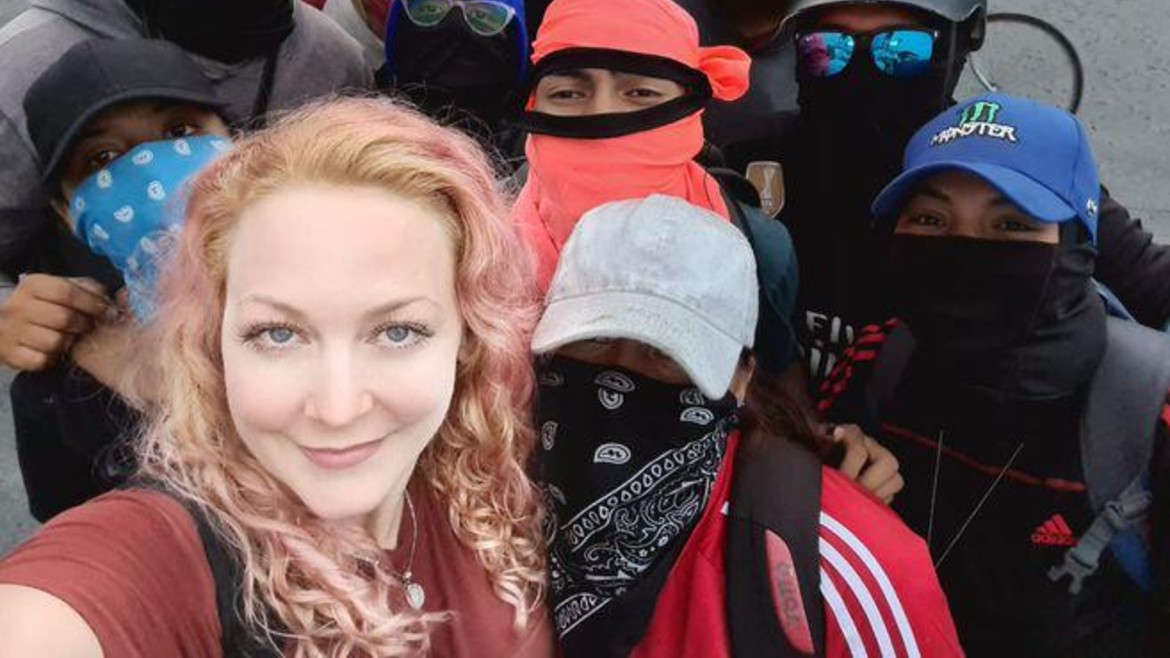 Colombia’s migration authority expelled a German tourist who became the victim of an assassination attempt after taking part in anti-government protests.

In a statement, the migration authority said that Rebecca Sproesser was expelled because she “was carrying out activities that had nothing to do with her status as a tourist, and which could affect the civil order and peace.”

The German survived an assassination attempts in the city in Cali that followed a stigmatization campaign led by far-right activists and media personalities loyal to Duque, Sproesser said Friday.

According to the German, she survived the assassination attempt because one of her Colombian friends jumped between her and the assassin and took the bullets.

We are very worried about the developing news from Cali about the German citizen residing in Cali, Rebecca Marlene Sproesser (34). We are in touch with local authorities.

According to her Cali friends, Sproesser was detained after leaving the prosecution office where she had reported the assassination attempt as recommended by the German embassy.

The migration authorities did not specify which alleged activities the German citizen was carrying out that would affect civil order an peace other that supporting the protests.

The controversial decision only fueled anti-government sentiment against the regime on social media.

As they could not kill her, they are now expelling German citizen Rebecca Sproesser from the country, for telling the world the truth about the crimes committed by the State during the strike.

Sproesser was only one of many foreigners in Colombia taking part in the anti-government protests and exposing the extreme brutal  attempts to crack down on them.

The repression left at least 79 protesters dead and more than 1,900 people injured, according to human rights organizations. More than 3,350 were allegedly arrested.