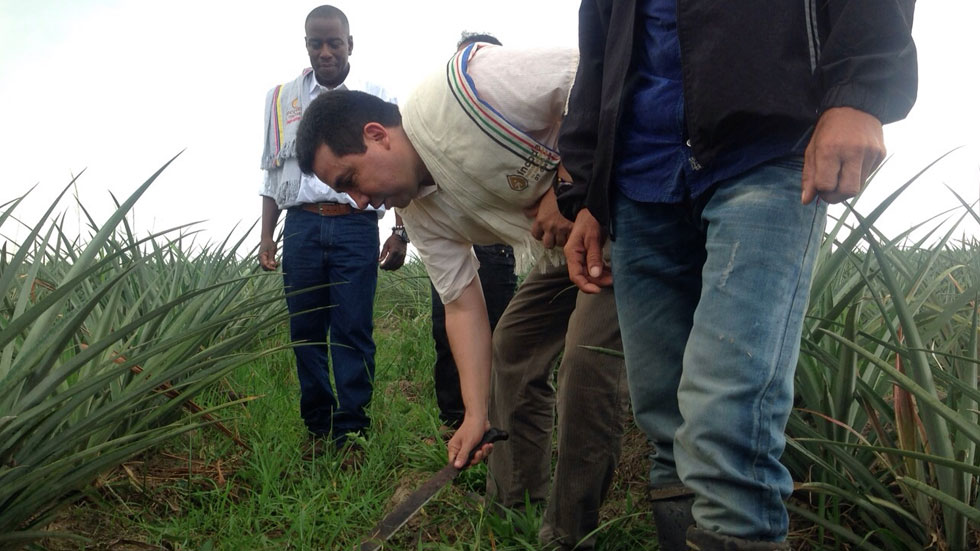 Colombia is expanding its land restitution program into former no-go areas in the country’s war-torn south aiming to return land stolen from farmers by illegal armed groups, the government has said as peace talks advance.

Between 6.5 and 10 million hectares (38,610 square miles) of land – up to 15 percent of Colombian territory – has been abandoned or illegally acquired through violence and fraud by leftist rebels and right-wing paramilitary groups during Colombia’s five-decade war, according to the government.

Following a historic ceasefire signed in June with rebels from the Revolutionary Armed Forces of Colombia (FARC), new areas once considered too dangerous for officials to enter, have now opened up, allowing the government to step up its land restitution program and enabling more displaced families to return home.

“It’s a huge challenge in terms of restitution and we will do justice in the heart of areas where people were forced to abandon their lands and were dispossessed of their lands by the FARC.”

He said the government’s land restitution program, which started in 2011, would now target six provinces in Colombia’s south including former guerrilla strongholds and jungle areas it has previously been unable to enter.

Nearly 7 million Colombians, many of them poor farmers, have been forced to flee their homes to escape violence by warring factions, according to government figures.

Some of the land they left behind was abandoned and left idle for years. Other land was seized by paramilitary and guerrilla groups with farmers often pressured by the armed groups to sell out at cut-rate prices.

Under the land restitution program, about 200,000 hectares of land has so far been handed back, together with land titles awarded by judges, benefiting about 20,000 Colombians.

But this accounts for just a fraction of the stolen and abandoned land.

Of the some 80,000 land claims lodged to date with the authorities less than half are being processed, hampered by red tape and difficulties in sorting out who has legal title.

Violence and threats made against land rights campaigners has also undermined gains made in land restitution efforts.

The office of the United Nations Commissioner for Human Rights in Colombia documented 41 rights activists were killed in 2015, including land rights campaigners.

The issue of returning stolen and abandoned land to its rightful owners and Colombia’s unequal land distribution have been key discussion points at peace talks taking place in Cuba.

The talks, which started nearly four years ago, are now in their last stages, with an accord expected within weeks.

The government and FARC rebels are finalizing a roadmap that would see around 7,000 rebels hand in their weapons and establish a truth commission and special tribunals to try former combatants.

Any peace deal will be put to Colombians for approval in a vote.