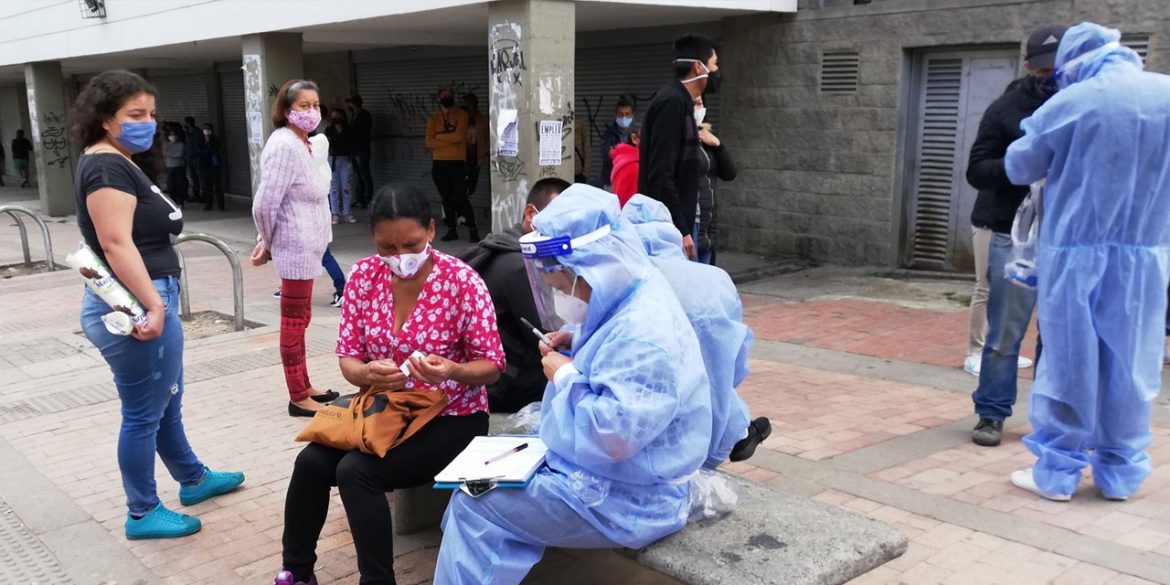 Colombia’s health authorities reported the country has more than 100,000 confirmed coronavirus cases on Wednesday, almost four months after the first infection was confirmed.

According to the National Health Institute (INS), 3,470 people of the 102,009 who contracted the virus have died over the past four months.

Where the virus has hit hardest

Almost one third of the infections were registered in the capital Bogota, which has been the epicenter of contagion since the confirmation of the first case on March 5.

The second hardest hit is the Caribbean region where COVID-19, the disease caused by the virus, killed almost 1,000 people in the port cities of Barranquilla and Cartagena alone.

Cali has been struggling to contain the disease.

Medellin, which long boasted being a global example, has seen one of the most rapid spreads of the disease over the past month.

The peak of the pandemic is expected in late August.

How healthcare is holding up

With increases in infections in the United States and throughout Latin America, the government of President Ivan Duque has had major problems importing intensive care units and ventilators that could save lives and are scarce in many places in the country.

This has led to a collapse in the southeastern Amazonas province and red alerts in Barranquilla on the Caribbean coast and Cali in the southeast where ICU occupancy rates have exceeded 80%.

In the capital Bogota and in the country’s second largest city, Medellin, local authorities have taken control of both the private and public healthcare systems.

The healthcare systems in the historically neglected south of the country have collapsed as poverty and the tropical heat makes it almost impossible for locals to adhere to stay at home orders.

The increasing pressure on regional healthcare systems and the national government’s push to reopen the economy has led to tensions between the National Government, governors and mayors in almost all the large cities.

In Medellin and Barranquilla, the mayors have canceled the tax-free shopping day organized by the national government. In Cali, the mayor imposed movement restrictions, allowing only part of the population to go shopping.

The first tax-free shopping day announced by Duque, which meant to stimulate economic recovery, lead to major conglomerations of people to the despair of mayors.