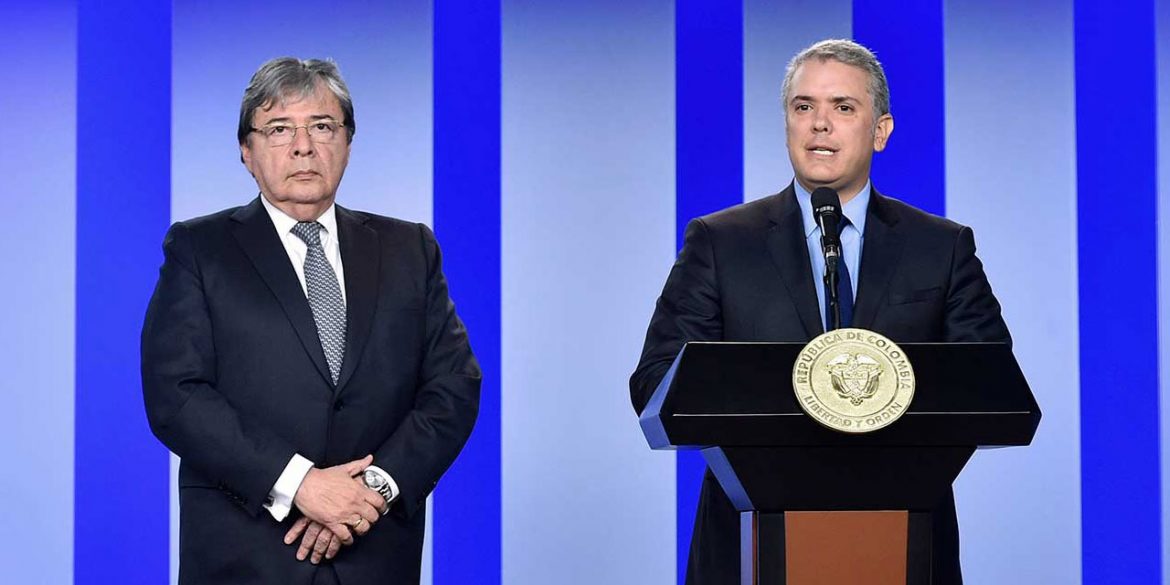 The government of Colombia’s President Ivan Duque plunged into a crisis on Thursday after the defense minister refused to comply with a Supreme Court order to curb police brutality.

The defense minister announced criminal charges against opposition Senator Jorge Robledo after the lawmakers reminded Trujillo that refusing to comply with the court order meant he was breaking the law.

My God, what is happening?

Trujillo refused to apologize for police brutality used in failed attempts to quell anti-government protests in November within the 48-hour deadline given by the Supreme Court on Tuesday.

Duque on Wednesday supported his defense minister’s decision to appeal this decision before the Constitutional Court, which does not relieve the minister of his obligation to comply with Supreme Court orders.

According to former magistrate Ivan Velasquez, the Supreme Court is obliged to order Trujillo’s arrest for contempt, leaving “a dignified Congress” with no option but to remove the minister.

I demand that President Ivan Duque either apologize to Carlos Holmes Trujullo or remove him from office. He has to comply with the law and court orders.

How did Colombia get here?

Trujillo was already under fire over the Bogota Massacre during which police allegedly murdered at least 14 people in the capital and the neighboring city of Soacha after indiscriminately opening fire during protests.

In response to deadly police brutality during anti-government protests in November last year, the Supreme Court on Tuesday ordered Trujillo, among other things, to publicly apologize within 48 hours.

The defense minister failed to do so, claiming that he would ask the Constitutional Court to revise the ruling.

The Bogota Massacre spurred the organizers of last year’s protests to call a new national strike on Monday and more strike days and marches in October and November.