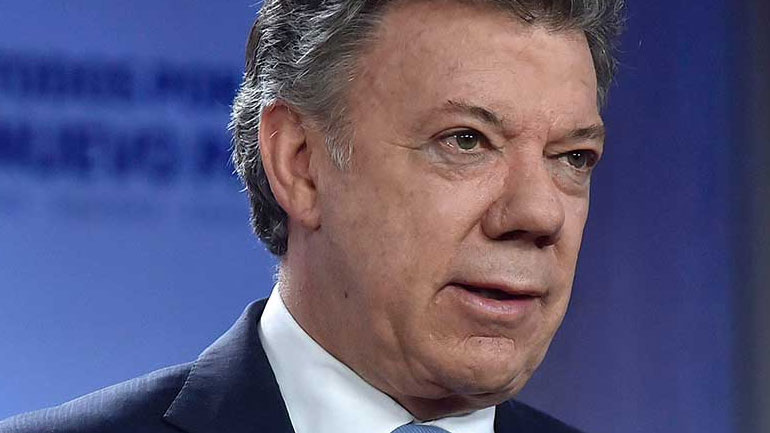 Colombia’s government is set to impose a series of energy-saving measures amid fears that an ongoing energy crisis caused by drought could cause blackouts.

“We have to make a real crusade for preventive savings if we are to avoid power outages and avoid rationing,” Santos said in a statement, adding that to achieve this “we will reward savings and punish wastefulness.”

Santos highlighted the ongoing problem of energy conservation among Colombians as the new measures were rolled out.

“We Colombians have not saved energy. On the contrary, we consumed 5 percent more in January and February than during the same time period last year,” in spite of calls to reduce spending to prevent blackouts, he said.

The new plan offers one peso in additional savings for each peso a household manages to save below the average bill.

However, households and businesses that use more than the average amount of electricity will be charged double for the amount they go over.

All governmental buildings will shut off power after 6PM staring on Monday. They will be required to reduce energy consumption by 10% monthly.

Large electric consumers will also get new incentives to generate their own power if possible.

The president considers these initiatives as essential to prevent a worsening of the situation.

This carrot and stick policy comes at a time when Colombia is facing a severe energy crisis. Santos claimed that the recent resignation of the Minister for Mines and Energy was due to his failure to make sufficient provision for the impending crisis.

“The mines minister, Tomas Gonzalez, has assumed responsibility for the delay in savings measures and has presented his resignation,” Santos told reporters in Bogota.

The crisis in general stems from a number of additional factors. The strong ‘El Nino’ weather pattern has presented a major difficulty,”the rains were the lowest and the temperatures the highest of the last 35 years,” the president noted.

Coupled with this, President Santos explained that a fire at the hydroelectric plant at Guatape in Antioquia added to the problem of damage at Termoflores, one of the most important plants in the Caribbean, making the country lose 11% of its energy.

The Santos administration are preaching a message of collective effort in order to move past this crisis, “for us not to have power shortages and rationing, it will depend on the effort from today of everybody.”