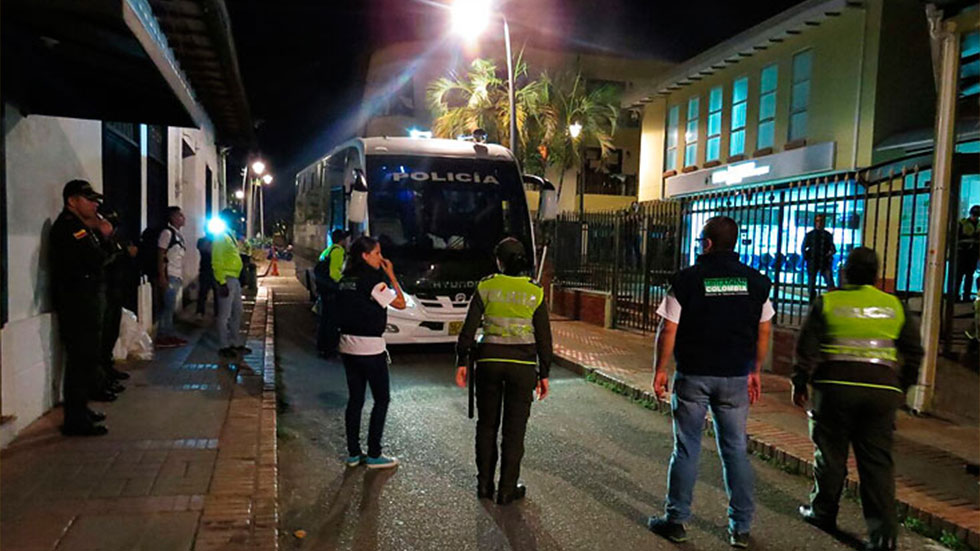 Colombia’s migration authority said Monday it had deported 33 Venezuelans amid concerns that a recent border opening and an economic crisis in the neighboring country would fuel a wave of illegal immigration.

According to local media, the 33 were all women working in brothels in Barrancabermeja, one of the most important cities for Colombia’s oil industry.

The women were taken to the border city of Cucuta where deportation procedures were carried out in order to return the illegal immigrants.

Venezuelan President Nicolas Maduro closed the border a year ago citing the alleged shooting of three security officers near the border as the immediate reason.

Since then, Colombian and Venezuelan authorities have been working together, claiming to come with a joint security plan for the border region.

Both sides of the border have long been neglected by their individual states, which has fueled all kinds of illegal activity, violence and rampant poverty.

Since last weekend, the border was reopened for a limited hours a day and for pedestrians mainly to allow Venezuelans shop for basic goods and medicine that have gone scarce in Venezuela.

In the year the border was closed, the Venezuelan economy all but collapsed entirely because of the low prices of oil, the main export product of Venezuela and Colombia alike.