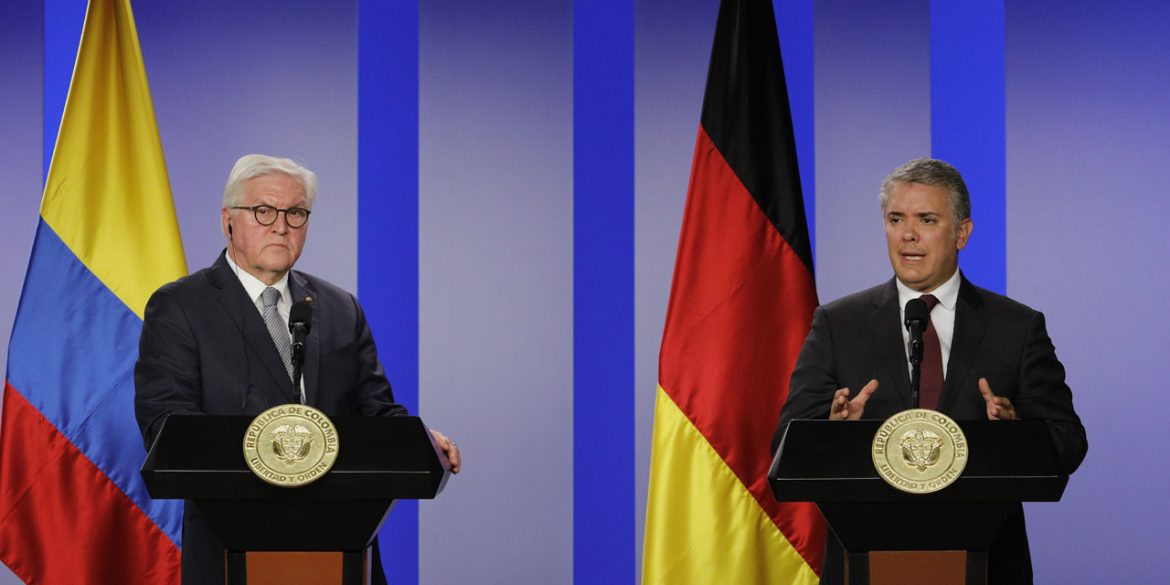 German President Frank-Walter Steinmeier was on a state visit to Colombia on Tuesday, weeks after his government urged Duque and his government not to violate international agreements made ahead of peace talks with the ELN.

German President Frank Walter Steinmeier is not head of government and thus barred from making public policy statements. Duque took advantage by insisting on his refusal to allow ELN peace negotiators reunite with their troops as agreed ahead of peace talks with the ELN.

While I am President of Colombia, the only protocol which I accept is that the Cuban government hand over those [ELN leaders] responsible for the terrorist attack.”

Steinmeier went no further than expressing hope that “new options for peace would emerge to put an end to the violence.”

Earlier this month, however, Germany’s deputy Foreign Minister Michael Roth urged that protocols were followed, and warned of the “alarming negative precedent” set by failing to act on the agreements, not only for Colombia, but for peace efforts worldwide.

The basic conditions for peace negotiations are a minimum of reliable protections for all involved: for us, that means rules which are respected in the case of the breakdown of negotiations.”

Though the direct response is unclear, images clearly show the German head of state´s dissatisfaction with Duque. This could further isolate Colombia on the international stage.

Foreign minister Carlos Holmes Trujillo has consistently made the argument that Duque’s government did not sign the protocols, and is therefore not bound by them – an argument that has no legal basis and has been challenged by Cuba and Norway, two of the guarantor countries of the broken down peace talks with the ELN.

Duque said he would not continue peace talks with the ELN last after an alleged guerrilla carried out a terrorist attack in Bogota, killing at least 21 police cadets and injuring more than 65.