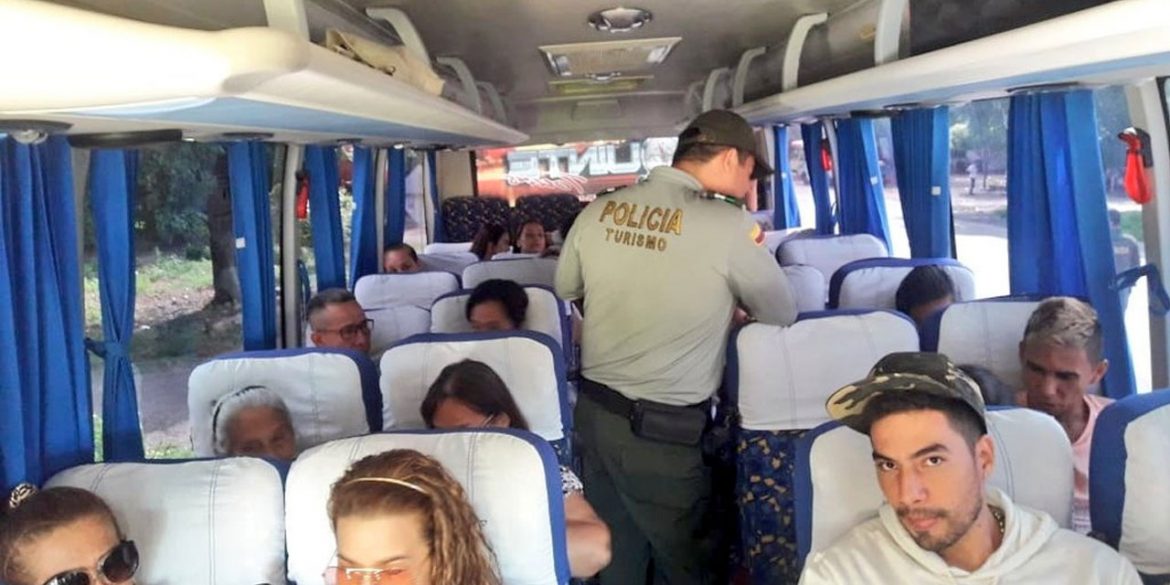 Colombia cracks down on illegal migration from Venezuela

Hundred of policemen have been deployed in northeast Colombian to stop Venezuelans from entering the country illegally, Spanish news agency EFE reported Monday.

The commander of Cucuta’s police force told press that he had sent some 500 officers to the most commonly used illegal border crossings to send back anyone without a legal permit to enter the country.

Police have also been deployed to check buses leaving Cucuta, the most used border crossing, for the rest of Colombia, according to the city’s police department.

“Anyone who crosses the border without the necessary documentation will be reported to Migration Colombia and sent back to Venezuela”. Colonel Jose Luis Palomino said.

Many of the estimated 1.3 million Venezuelan refugees who are believed to be in Colombia entered illegally as the government of disputed President Nicolas Maduro has stopped giving out passports to citizens for more than a year.

According to Palomino, there is “no justification” for Venezuelans to enter Colombia illegally after Maduro ordered the reopening of the border on Saturday.

Venezuelan authorities shut the border in February after opposition leader Juan Guaido, who declared himself president the month before, said he would force humanitarian aid provided by the United States over the border at Cucuta.

Representatives of the Venezuelan government and opposition are currently negotiating in Caracas to seek a solution to the crisis that has spurred a mass migration not seen since the height of Colombia’s armed conflict.

The Cucuta police commander told journalists that the illegal border crossings had seen a spike in criminal activity, with armed groups extorting money out of desperate Venezuelans hoping to make the crossing.

The humanitarian and political crisis in Venezuela has led to chronic shortages of vital resources, plummeting living standards and an explosion in crime, prompting a mass exodus from the country.

A report released last week by the IOM (International Organisation for Migration) and the UNHCR (UN Refugee agency) put the number of Venezuelans who have fled their country at 4 million.

According to World Bank population statistics, this represents over 10% of their 2015 population.