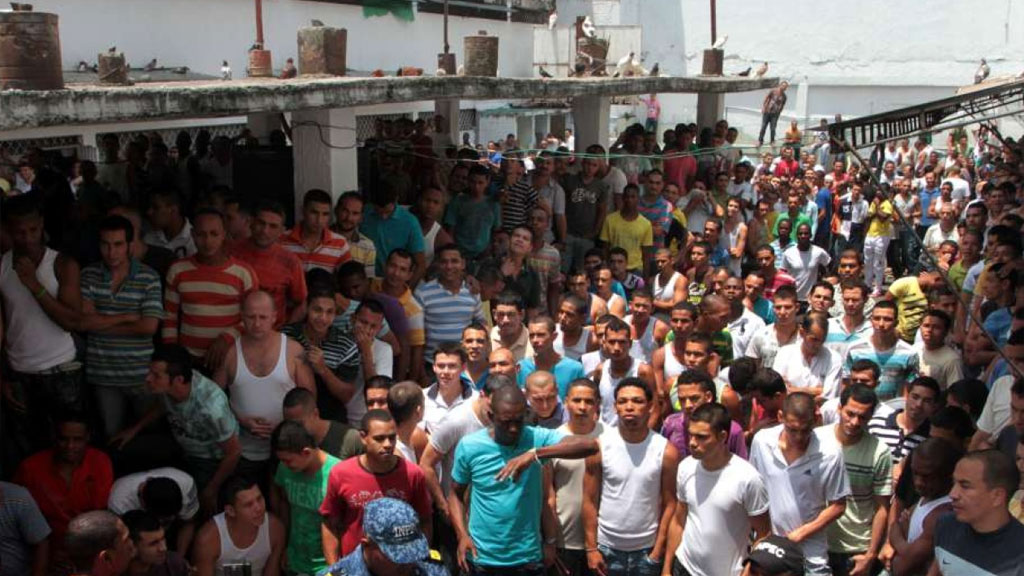 Colombia’s Constitutional Court on Monday gave the the government three years to adopt measures to end an ongoing humanitarian crisis in prisons, many of which are overcrowded.

The ultimatum is targeted at six prisons known to have the worst conditions. These include Tramacua in Valledupar, the Modelo in Bogota, Bellavista in Medellin, San Isidro in Popayan, and the prisons in Cucuta and Barrancabermeja.

Within these institutions, prisoners cannot expect provision of even basic services such as adequate healthcare, food and clean water.

Limited access to showers result in prisoners either unable to sufficiently clean themselves or cleaning themselves with buckets of dirty water, spawning a multitude of health risks.

Additionally, the Constitutional Court highlighted how many prisoners are not afforded a cell, much less a bed, pillow or sheets.

These are problems that result from a prison system that is operating at nearly 150% capacity, with nearly 40,000 more prisoners than the system is able to accommodate.

The solution, in the eyes of the Constitutional Court, is not the construction of more prisons as intended by the government, but the release of low-level offenders to make room for those that truly require institutionalization.

The Court has also indicated that, if major improvements are not made to the aforementioned institutions within the three-year time period, they will be closed, possibly exacerbating the overcrowding of other prisons within the system.

This warning comes at a time when the reputation of Colombia’s prison system has reached new lows, with prison guards having gone on strike in the past year and fires claiming the lives of prisoners.