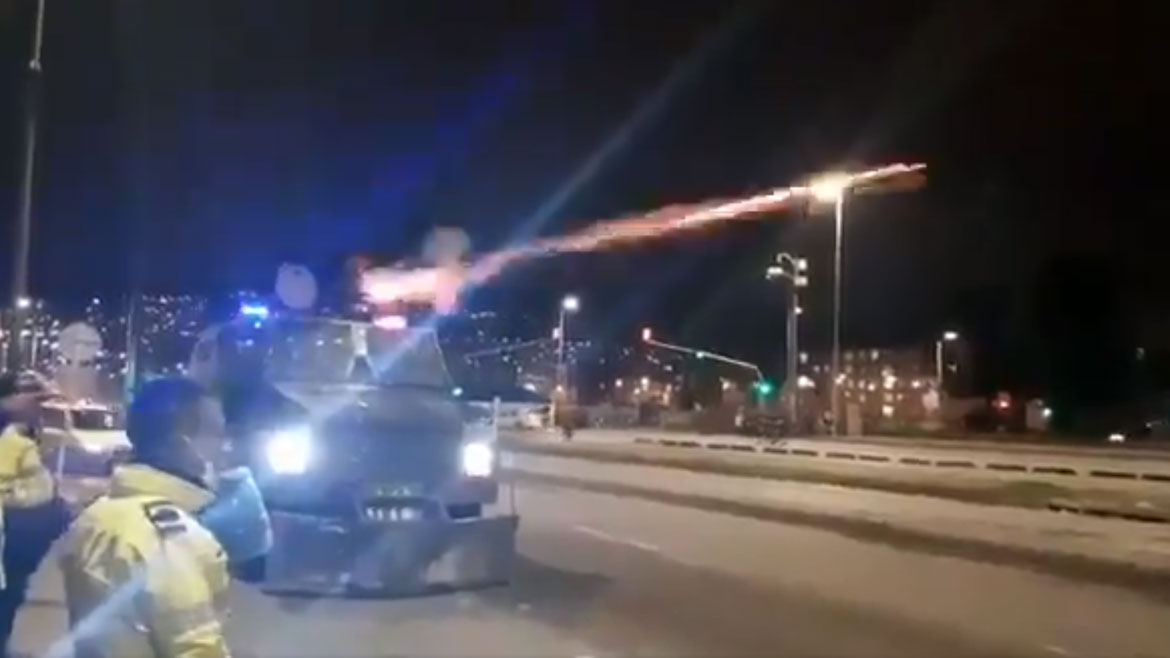 Colombia’s defense minister destroyed whatever was left of President Ivan Duque’s credibility as a terrorism campaign against anti-government protesters who were promised talks continued.

Duque’s alleged concession to talk personally to the National Strike Committee could have been a first step to end an escalation of protests had it not been for his Defense Minister Diego Molano.

The defense minister continued a terrorism campaign against participants of anti-government protests after other top officials announced Duque was willing to talk.

The violence killed at least 36 people since a national strike on Wednesday last week, according to Human Rights Watch. Almost 380 people have disappeared, the Missing Persons Search Unit said Thursday.

The president refused any personal encounters with the strike leaders after their first national strike in 2019 sparked the largest anti-government protests in more than four decades.

Labor Minister Angel Custodio told government-loyal newspaper El Tiempo that the talks would begin on Monday, but this was not confirmed by the social leaders.

Peace commissioner Miguel Ceballos claimed “the government has demanded non-violence and that the actions of public officials, including the security forces, are within the framework of human rights,” contrary to abundant evidence proving the exact opposite.

Duque’s doublespeak, Ceballos’ lies and Molano’s apparent refusal not to commit crimes against humanity destroyed the credibility of Custodio’s claims and made significant talks unlikely while violence continued.

Labor union leader Francisco Maltes told weekly Semana that the National Strike Commission were not interested in socializing with Duque, but wanted the president to commit to negotiating their specific demands.

Talks with Molano went nowhere when he was the president’s chief of staff in 2019 because the current defense minister refused to negotiate.

At the time, Duque embarked on a “national dialogue” with all kinds of social organizations, which led to little more than a photo photo ops in which the president pretended to govern.

The coronavirus aggravated the situation in Colombia on top of the president’s characteristic misrule.

Notwithstanding, also this time none of the government officials mentioned the word “negotiations” and again seemed to effectively evade talks while perpetuating violence

Neither Duque nor Molano appeared to have learned a single thing since 2019 or have the slightest idea what they are doing.

While Maltes and Peace Commissioner Miguel Ceballos were seeking the press to claim Duque agreed to talk, the president and his defense minister continued what they do best, sinking Colombia into chaos.

Only hours after Duque held a speech in which the president called to “reject all acts of violence” police in Cali continued Molano’s terrorism campaign that ignited even bigger and also violent protests.

The National Strike Committee said earlier this week it was not again going to take part in the president’s deceit and on Thursday demanded and end to nonsense and violence.

We demand that the government of President Duque put an immediate end to the repression, proceed to demilitarize the cities, dismantle the ESMAD, punish those responsible for the brutal repression of citizen protest, offer guarantees for the right to social protest and undertake the negotiation of the single emergency plan of action with the National Strike Committee.

As the government turned to the country’s mass media to deceive the public as it did in 2019, Colombia sunk deeper into chaos without any indication the government was genuinely considering a solution.