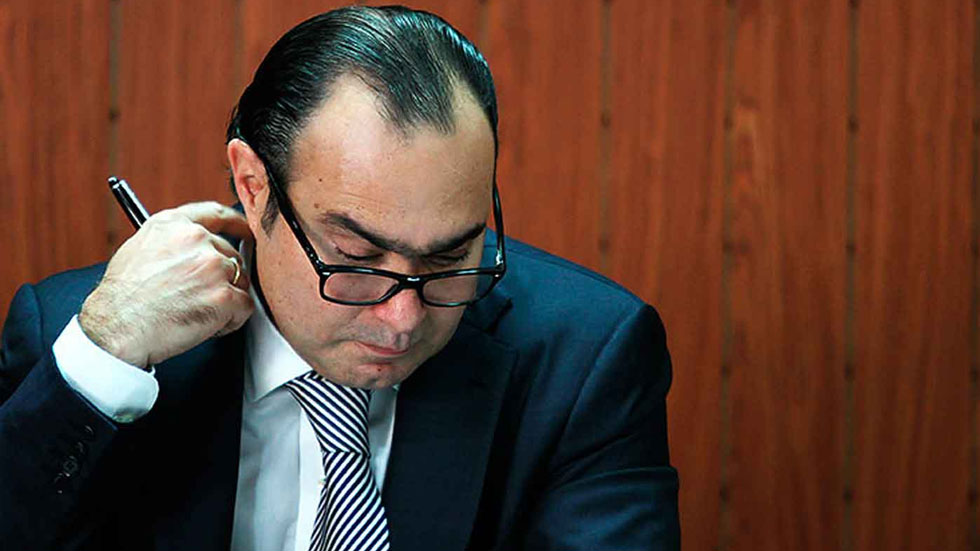 In a historic move, Colombia’s congress lifted the immunity and suspended a sitting constitutional court judge who had become embroiled in a bribery scandal.

Never since Colombia’s 1991 constitution came into force did Congress use its discretionary power to lift the immunity of a top court official.

However, the case of judge Jorge Pretelt left Congress without much of a choice after widely publicized corruption allegations and the judge’s stern refusal to step down.

According to his colleagues, Pretelt had been seeking a bribe with oil company Fidupetrol that had sought the constitutional court to undo a $17 million fine for violating environmental regulations.

Pretelt, who was the constitutional court’s president at the time, denied any wrongdoings and insisted on staying in office.

Now, without immunity and a job, Pretelt can be charged for bribery by the Prosecutor General’s Office.

The only other time Congress lifted the immunity of and suspended a top official was in 1959 when it removed dictator Gustavo Rojas from power.