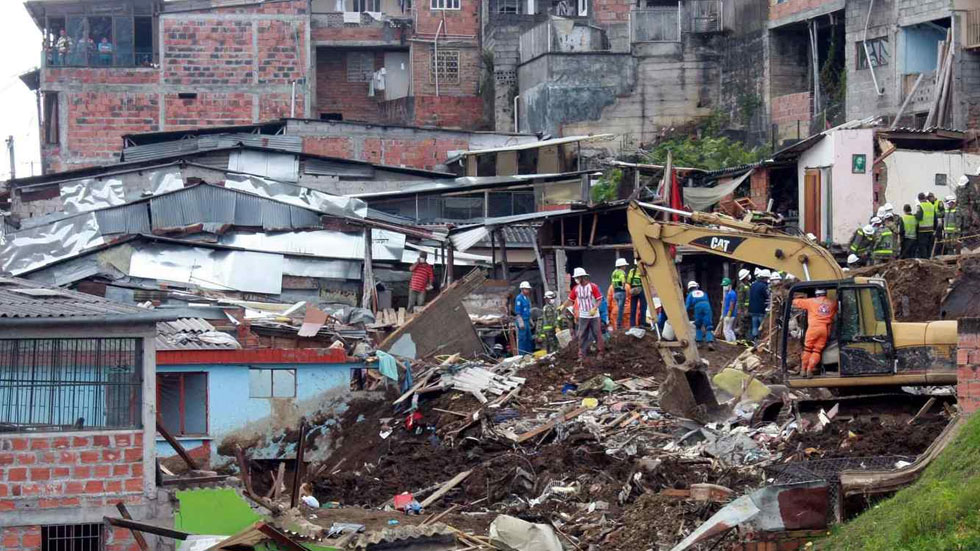 Rescue workers have recovered the bodies of 18 victims in the central Colombia city of Manizales, where heavy rains caused a deadly landslide and mass evacuations.

Two more neighborhoods had to be evacuated at dawn on Thursday after a second night of thunderstorms elevated the risk of further landslides.

Some 500 families have so far been effected by Tuesday’s landslide in the south of the city. Nine people are still missing, 23 are injured and some 400 have been evacuated from their homes as a preventative measure, according to the latest reports.

At 9AM on Thursday, Manizales Mayor Octavio Cardona announced that rescue operations in the Bajo Persia neighborhood had been temporarily suspended due to the heavy precipitation.

Seven of the 12 bridges that were impacted by Tuesday’s disaster are now back in operation, according to Cardona.

“I want to tell the families of the victims that our hearts are with them. We have come to express our solidarity and accompany them in this tragedy and in this pain, “he said.

The deadly Manizales landslide was the second natural disaster to hit Colombia this month.