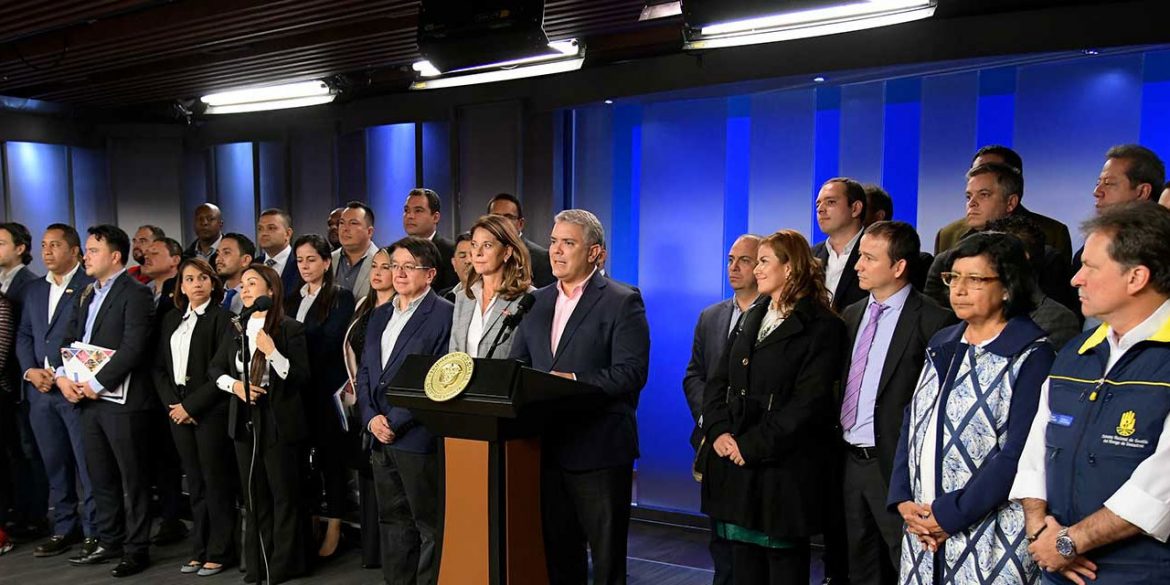 Colombia closes schools and universities in attempt to combat coronavirus

Colombia’s President Ivan Duque on Sunday ordered the immediate suspension of classes in schools and universities in an attempt to curb the spreading of the coronavirus.

As part of the latest escalation of measures to prevent a full-on outbreak, the president ordered teachers, and the directors of schools and universities to develop online education methods within two weeks.

To give the schools and universities more time for this without students missing out on education, Duque said that summer holidays were advanced to March 30 and last until April 20.

An escalation of measures

The closing of schools is the latest in a series of measures to prevent a full-on outbreak of the coronavirus pandemic in Colombia, which could collapse the country’s fragile healthcare system.

Previously, the government banned public events with more than 500 attendees and closed museums. Government institutions have been ordered to allow public officials to work from home whenever possible.

Most rigidly, the government banned the entry of all foreigners with the exception of foreign residents and diplomats.

These foreigners and incoming Colombian citizens must isolate themselves for two weeks to rule out infection.

Coronavirus: Colombia to impose travel ban on all foreigners, except residents and diplomats

Authorities have registered 45 cases so far

Since health authorities confirmed the first case of coronavirus in Colombia on March 6, 45 people, including one American tourist, tested positive to carrying the virus.

The tourist, an 85-year-old cruise ship passenger, is in critical condition but stable, according to health authorities in Cartagena where she disembarked from a cruiseship.

No fatalities have been reported so far.

The latest measures, specifically the travel restrictions, followed a sharp increase in coronavirus cases in the Americas reported by the World Health Organization (WHO).

The travel restrictions had already been announced for Europe and Asia on Friday, but were expanded after the WHO’s report.

The government’s health authorities have been engaged in a major propaganda campaign to promote the hygiene and social behavior recommended by the World Health Organization to curb infection and contagion.