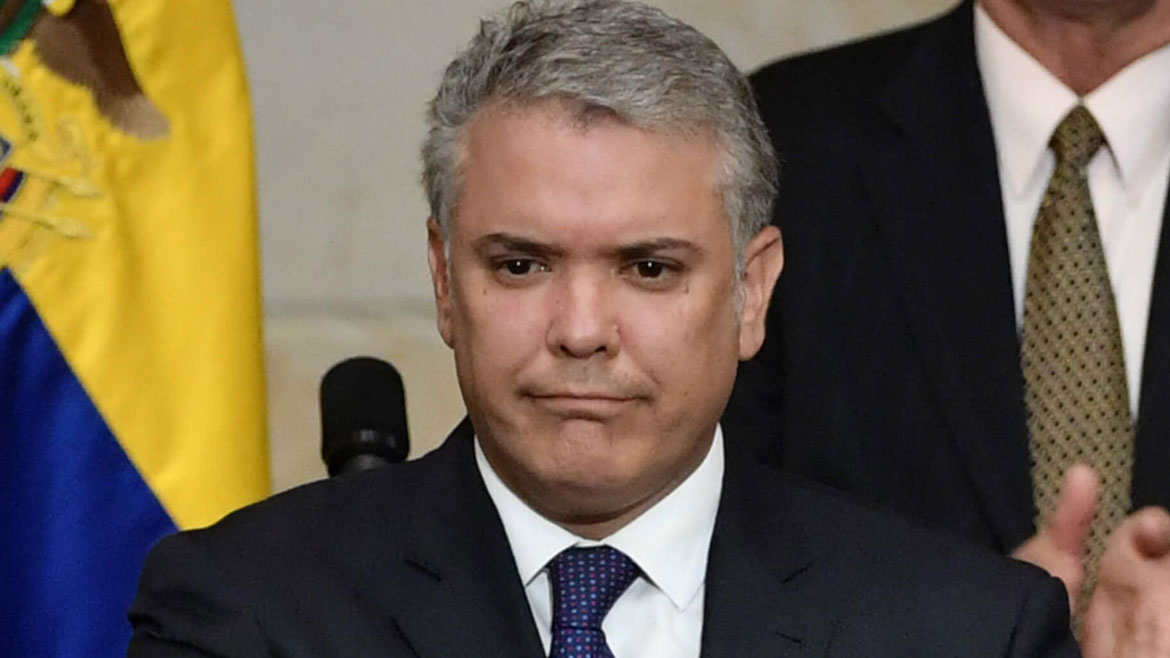 In its report, the OAS’ Inter-American Commission on Human Rights (IACHR) blasted the government’s excessive use of force to quell anti-government protests that kicked off on April 28.

The violent repression has left dozens dead and an unknown number of people missing.

The IACHR additionally recommended Colombia’s far-right government to adopt more than 40 measures to guarantee its citizens human rights and prevent abuses of power.

In his response, Duque said that “no one can recommend a country to be tolerant of criminal acts,” ignoring the OAS commission’s claim that the security forces and groups that had nothing to do with the largely peaceful protests were behind the violence.

The Inter-American Commission expresses its firm condemnation and rejection of the high levels of violence registered in the context of social protest, caused both by the excessive use of force by the public security forces and that provoked by groups outside the protest itself.

According to the government, the police cracked down on more than 1,700 protests in response to “acts of vandalism, low intensity urban terrorism” and “blockades that threaten the rights of citizens,” while allowing 89% of the more than 14,000 protests that started on April 28 to proceed in peace.

This shows that the government of President Ivan Duque respects and guarantees peaceful public protest, which cannot, under any circumstances, be subject to vandalism, chaos and the destruction of Colombians’ property.

The foreign ministry ignored police collusion with armed anti-protest groups and rejected a decision by the IACHR to form a permanent commission to monitor the Duque administration’s respect for human rights.

The OAS´ human rights commission previously created such a “Special Monitoring Mechanism on Human Rights Issues” for the increasingly authoritarian regimes of Nicaragua and Venezuela.

Duque’s false claim that the police had been acting against a “low intensity terrorism” campaign confirmed the IACHR’s concern about “the impact that polarization and stigmatization have on the human rights of protesters.”

This OAS commission urged the government to abide by a 2020 Supreme Court order that banned the stigmatization of protests.

THE IACHR additionally reminded the Colombian government it is supposed to provide security to citizens, instead of using force as if they were enemies.

Citizen security cannot be based on a use of force paradigm that aims to treat the civilian population as the enemy, but must consist of the protection and control of civilians.

In order to protect instead of posing a threat to citizens, the iACHR recommended to transfer the National Police from the Defense Ministry to the Interior Ministry.

Duque rejected this, claiming that the current structure had provided stability after a civil war between 1948 and 1958 when the military and the police found themselves fighting each other.

Colombia has maintained this structure in a stable manner, correcting what for many years was highly questioned, and that is that during the years in which the Police was in the Ministry of Government it became politicized, and this politicization led to large outbreaks of violence.

The president ignored the fact that Colombia suffered an armed conflict since 1964 that killed at least 265,000 people and left between 80,000 and 200,000 people missing.

Duque’s far-right Democratic Center party has categorically denied Colombia’s armed conflict, claiming that the deadly violence was due to a “terrorist threat.”

According to the IACHR, the current protests are not due to the government´s fictitious “low intensity terrorism” campaign, but “structural and historical demands of Colombian society” that “are enshrined in the 1991 Political Constitution and the 2016 Peace Accords.”

The Foreign Ministry’s perhaps most absurd insinuation was that the OAS commission’s recommendations could further fuel instability caused by the COVID-19 pandemic and the government’s broadly rejected response to the crisis.