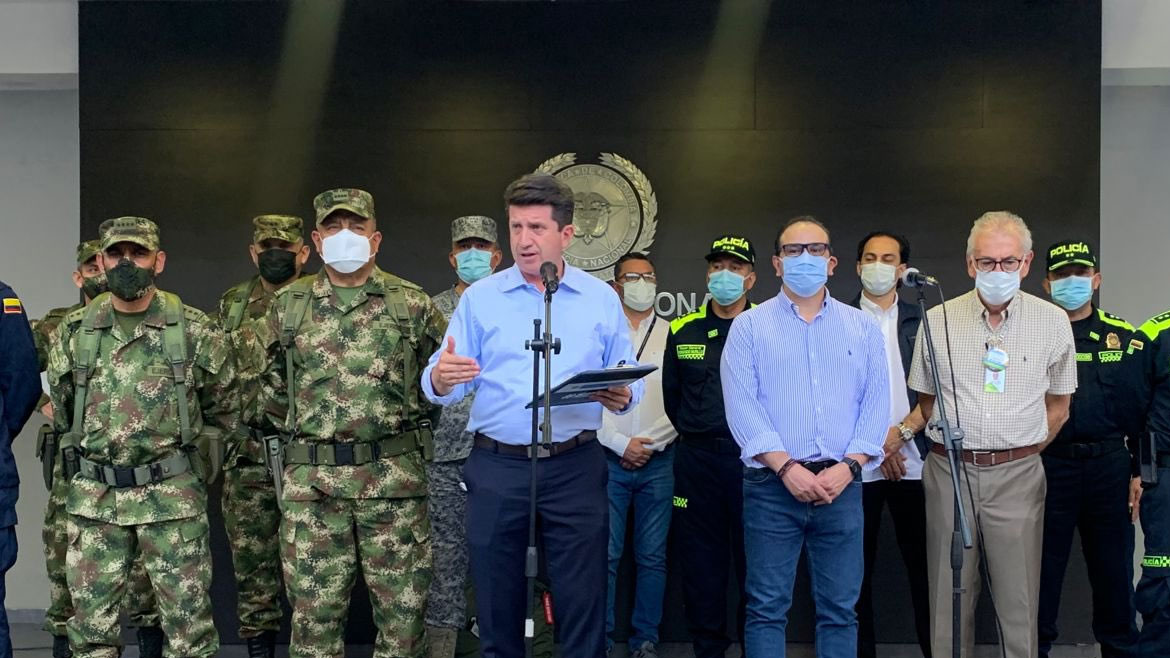 Colombia’s defense minister implied that the government of Venezuela was behind a bomb attack on the airport of the largest city on the two neighbors’ border.

Two policemen and a suspected bomber died when two bombs exploded on the Camilo Daza International Airport in the city of Cucuta on Tuesday.

Defense Minister Diego Molano said that the apparent terrorist attack “calls us to continue the offensive” against Colombian guerrilla groups that are also active in Venezuela.

“Dissidents of the [now-defunct] Revolutionary Armed Forces of Colombia [FARC] and the National Liberation Army [ELN]… always seek to carry out terrorist attacks that are planned and financed from Venezuela,” said Molano.

The defense minister fell short of directly accusing Venezuela’s authoritarian government of being behind the attack.

While xenophobia accentuates crimes against Venezuelan migrants under the complicit gaze of [President Ivan] Duque, his misgovernment resorts to the old trick of blaming the neighbor.

Molano used a number of incidents to accuse the government of Venezuelan President Nicolas Maduro of having ties to the ELN and groups formed by FARC dissidents.

The two governments broke diplomatic ties in 2019, which has had a disastrous effect on the border region.

All kinds of illegal armed groups have taken advantage of the bilateral crisis to increase their control over the border.

Colombia’s defense minister announced additional measures in his latest attempt to reassert control over the Norte de Santander province and its capital.