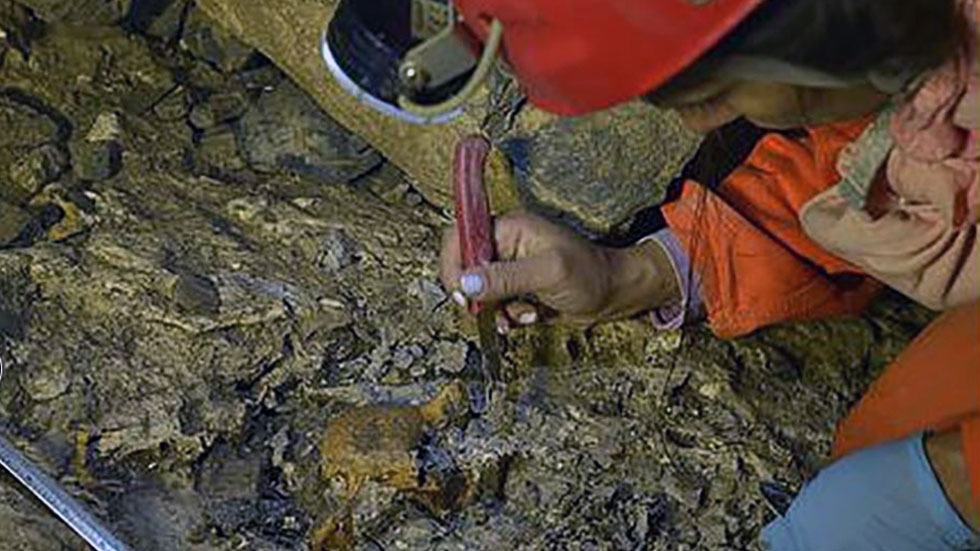 Colombian paleontologists on Wednesday claimed to have found one of the biggest deposits of animal fossils in the country’s history.

While many of the three to five million year old fossils are lizards and fish of the Plio-Pleistocene period, it also includes vertebrae, long bones, jaws and teeth of large herbivorous and carnivorous mammals from other eras.

The Plio-Pleistocene began about 5.3 million years ago and ended with the beginning of the ice age just 12,000 years ago.

The animals may have accidentally fallen into the cavern and over time became one of the richest fossil deposits in Colombia.

The leader of the mission is biologist and caver from the National University of Colombia Yaneth Muñoz.

Her team of researchers from the Von Humboldt Biological Resources Research Institute at the National University of Colombia say the find “represents one of the most significant paleontological discoveries of the last decade in the country.”

The find contains the first large mammal fossils found in Colombia, and may coincide with a mass extinction of megafauna in the region.

“This historic discovery will be possible to study and understand the evolution of American megafauna and the effects of climate change on it.”

Experts examining the jaws and skulls found say that there may be new species discovered at the Velez site.

The find is somewhere in the large system of caverns near Velez, but scientists have kept the exact location of the site confidential, in order to prevent looters  from stealing the fossils to sell on the black market.

In the coming months, much of the area is expected to be put under a special regime to sustainably manage the land.