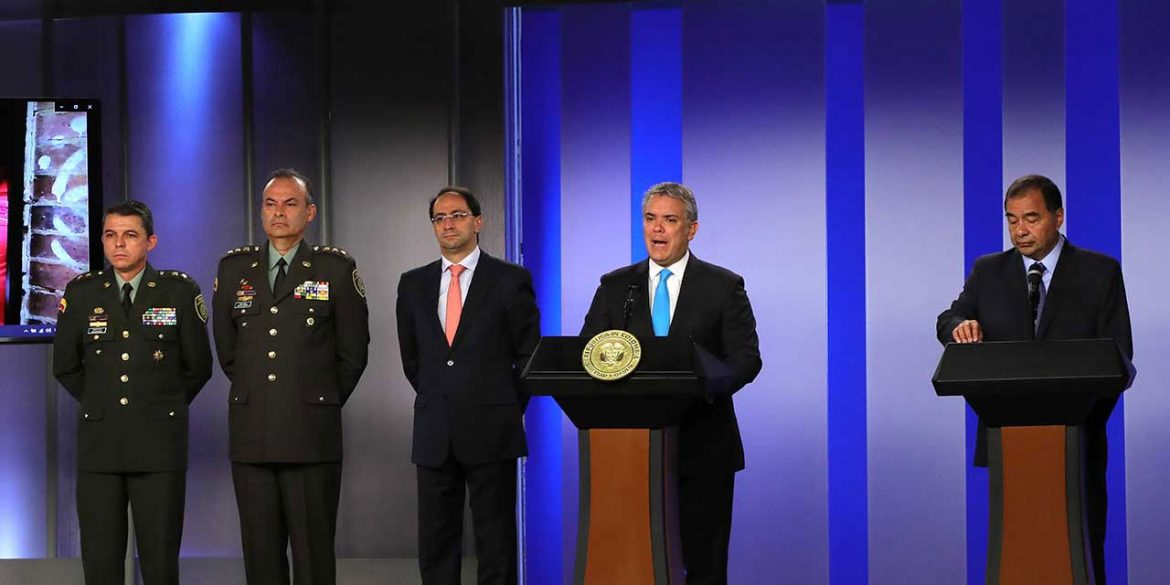 Colombia President Ivan Duque on Thursday announced that authorities have dismantled a tax fraud ring that helped 2,000 companies evade as much as $667 million (COP2.3 trillion) in taxes.

The alleged criminal organization consisted of eight people who created a number of companies only to send fake invoices to some 2,000 companies to lower or or evade their taxes,  the director of tax agency DIAN, Jose Andres Romero, said at a joint press conference.

The eight alleged members of the organization were arrested in Villavicencio, Barrancabermeja and Bogota, where the company’s main office was located, after an allegedly year-long investigation.

According to Romero, “the practice is very common,” but never before have Colombian authorities been able to uncover an organized tax evasion racket of this magnitude.

The alleged fraudsters will be charged with illicit enrichment and conspiracy to commit a crime, acting chief prosecutor Fabio Espitia told the press.

Following the arrest, the DIAN will investigate exactly how many companies used the services of the alleged corruption network and could be charged with tax evasion.

According to Fiscal and Customs Police chief General Juan Carlos Buitrago, who talked to newspaper El Espectador, large Colombian corporations and multinationals that “contribute to a large extent to the Colombian economy.” used the services of the alleged tax fraud network of “The Boss Lady.”

Buitrago explained that the corruption ring had set up 15 companies with which they sent the false invoices to their clients, charging between 5% and 12% of what the companies would avoid having to pay in taxes.

According to Buitrago, “this is the Colombian Panama Papers,” the 2015 tax evasion scandal that implicated more than 1,200 members of the country’s elite, including Finance Minister Alberto Carrasquilla.

The prosecution arrested some two dozen alleged tax evading white collar criminals in 2017, but they were released from jail in October last year after which no progress in the cases has been reported.