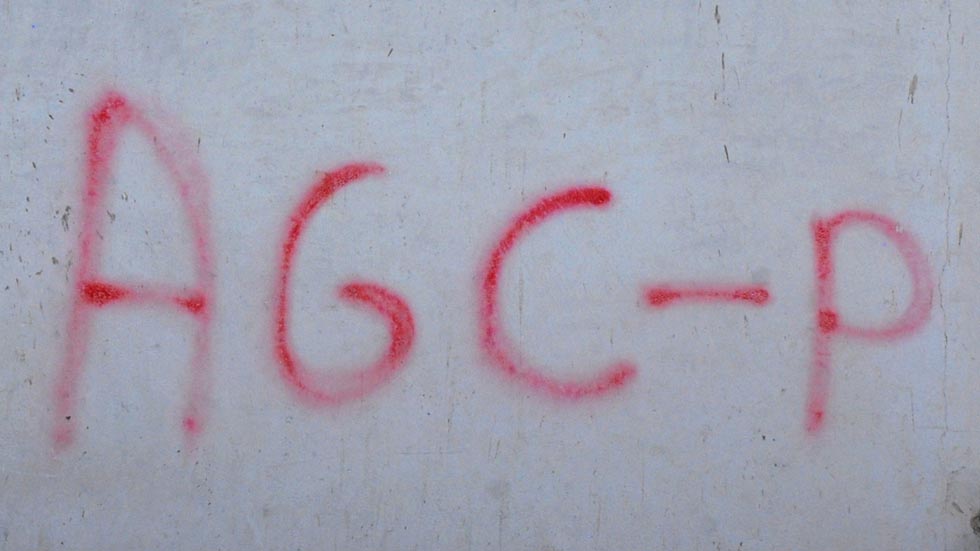 Colombia’s paramilitaries: If you can’t beat them, rename them

Colombia’s Defense Ministry  on Monday changed the official name of the country’s largest paramilitary successor group, the Gaitanista Self-Defense forces of Colombia (AGC), for the second time in two years.

Defense Minister Luis Carlos Villegas announced that the Urabeños no longer will be called “Clan Usuga” but the “Gulf Clan.”

While the group has officially called itself the AGC since 2014, the group has popularly been referred to as “Los Urabeños” since the late 1990s.

The leadership of the AGC was then still part of the paramilitary group AUC, but became known outside their region as the Urabeños because of their urabeño accent.

When AGC founder “Don Mario” and many of his fellow paramilitaries refused to demobilize with the AUC between 2003 and 2006, they initially operated without a name while trying to maintain control over the AUC’s fruitful drug trafficking business.

Popularly they continued to be referred to as Urabeños or the Aguilas Negras.

However, the government has always struggled with the group and has been desperate to disassociate the AUC dissidents from “paramilitaries” because of the paramilitaries’ association to politicians and political parties.

Dozens of congressmen and thousands of state officials have been sent to prison since 2006 for working together with the AUC.

So, to stress that groups like the AGC was not associated with politicians and security officials like the paramilitaries were, the government began referring to them as criminal bands.

In spite of numerous arrests of state officials and politicians for ties to group like the Urabeños and these AUC successor groups, the government has been stressing the criminal, rather than a political nature of these groups.

But, reality and ongoing peace talks with the country’s largest rebel group, the FARC, have been making this virtually impossible.

In 2014, President Juan Manuel Santos told the country that the AGC from then on would be called “Clan Usuga” after its current leader. National media obediently followed his lead and, until Monday, have referred to them as suggested by the president.

The AGC did not seem to care how they were called. Since the beginning they have claimed to be former AUC members who rearmed because of broken government promises made by former President Alvaro Uribe in their demobilization talks.

The AUC successor groups, inflated by a younger generation of fighters, last year became the country’s primary human rights violator as the FARC was holding peace with the government..

The latest official name for the AGC, “The Gulf Clan,” comes at a time that the government also is changing its security strategy.

Last month, the defense minister said he would allow the military to bomb camps of the AGC camps and two other “organized armed groups.”

Meanwhile, the AGC are insisting that they, being AUC dissidents, are a politically motivated group and have urged to be invited to join peace talks with their former arch enemies, the FARC.

But the government, hesitant to admit failures in demobilizing the paramilitaries, insists on a military approach. It just can’t make its mind up on how to call Colombia’s new internal enemy.

Paramilitary groups, often tied to the military or political forces, have been active in Colombia since the 1950’s.