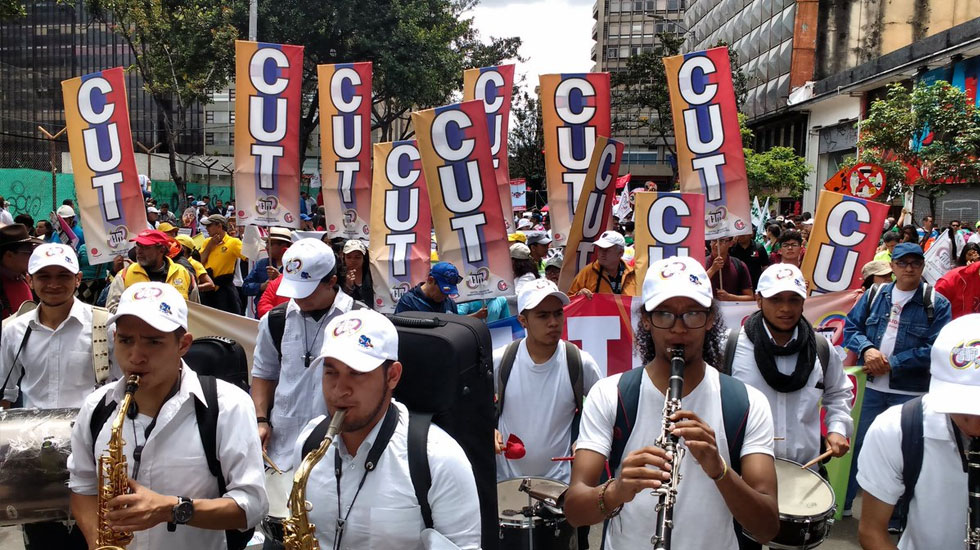 Tens of thousands of people in Colombia took part in global Labor Day marches on Monday. With only one exception, the marches were peaceful unlike many previous years.

The protesters demanded increased salaries and an end to the ongoing killing of union and other social leaders during the annual ritual march.

According to Spanish press agency EFE, marches were held in 77 municipalities including the capital Bogota and other major cities like Medellin and Cali.

Unlike in previous years, when International Workers’ Day marches often resulted in vandalism or clashes with riot police, the first Socialist march since peace was signed with Marxist FARC guerrillas passed almost entirely without incident, according to Defense Minister Luis Carlos Villegas.

It’s good news that the marches in their totality have been pacific and respectful to the rights of other citizens.

With the exception of one, all marches occurred without incident, according to local media, allowing the Socialists and unionists to march in a light-hearted atmosphere for the first time in recent history.

The only violent incident occurred in Bucaramanga, Colombia’s fourth largest city, where a policeman was injured by a protester threw a home-made explosive to the security forces who had been deployed to maintain order.

According to local newspaper La Vanguardia, the incident happened after police approached protesters who were spraying graffiti. The alleged culprit was arrested.

The biggest march in Colombia was held in Bogota where the country’s main unions were able to fill up most the city’s central Bolivar Square, the political heart of the country. 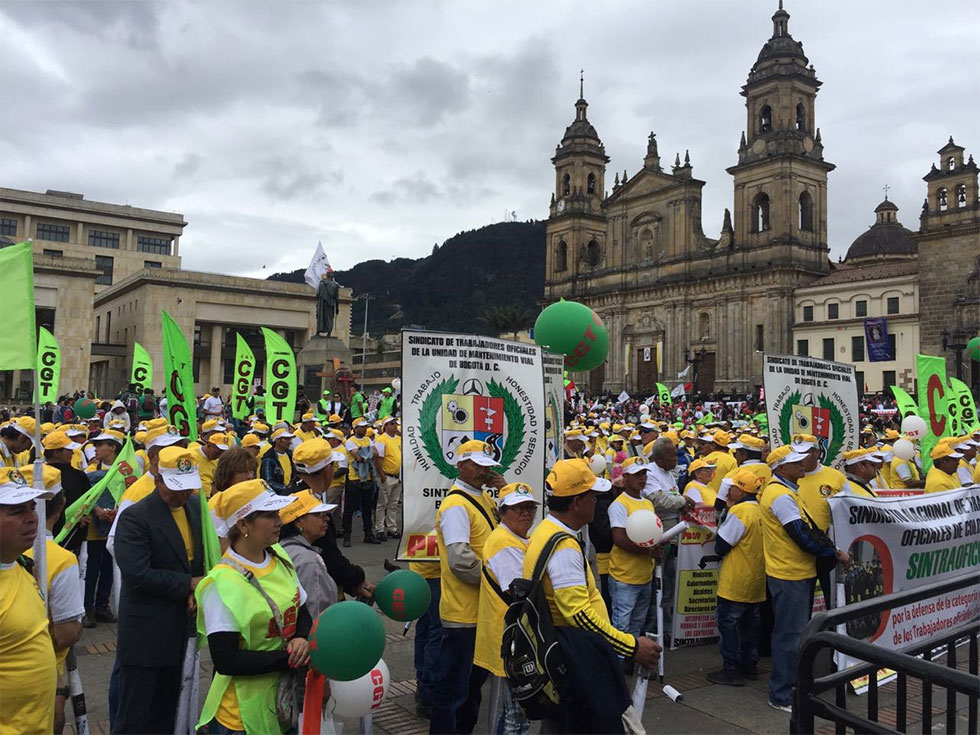 This year’s marches were in stark contrast with those of previous years, particularly because of a lack of tensions between the police and the protesters.

Last year, a man opened fire at the police, five people were injured and seven arrested in the capital alone.

Labor Day is an annual event originally from the United States where, after it was initially proposed in the 1880s, it is celebrated in September, on the day it was originally proposed day.

However, other countries celebrate it on May 1 after the call of The 1904 International Socialist Congress in Amsterdam, the Netherlands, who called on “all social democratic party organizations and trade unions of all countries to demonstrate energetically on the First of May for the legal establishment of the 8-hour day, for the class demands of the proletariat, and for universal peace.”

The congress made it “mandatory upon the proletarian organisations of all countries to stop work on 1 May, wherever it is possible without injury to the workers.”

Many countries have since made that day a national holiday.