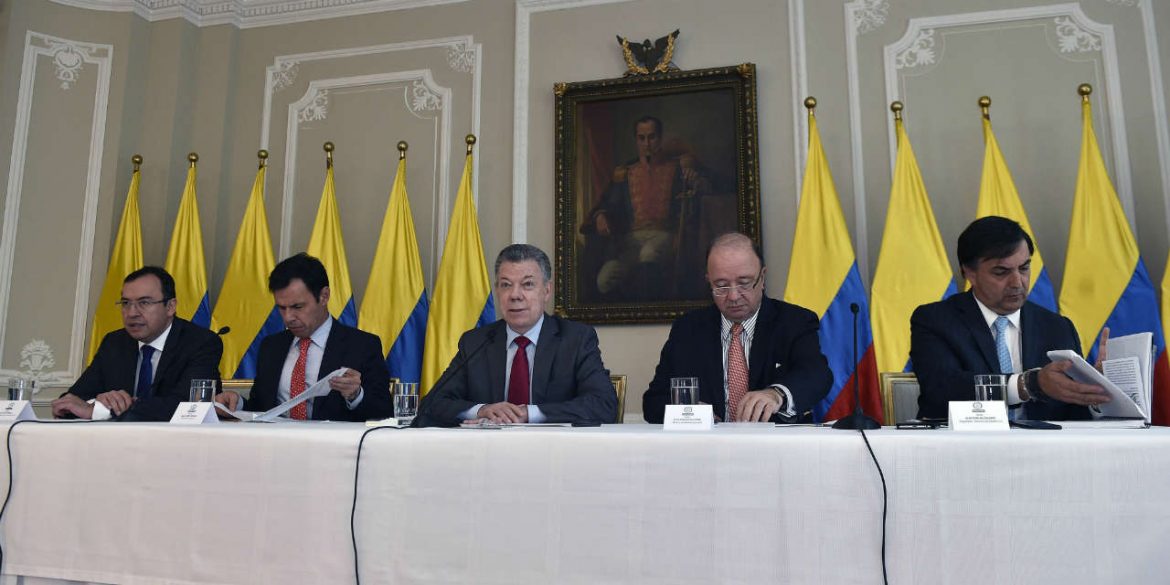 Four countries have offered to host peace talks between Colombia’s government and the ELN rebel group, according to President Juan Manuel Santos.

The governments of guarantor countries Chile, Norway, Cuba and Chile offered to host the talks after the withdrawal from neighboring country Ecuador, said Santos.

“This morning President Sebastian Piñera of Chile called me and said that his country enthusiastically offers to be the next host in peace talks with the ELN”, Santos said at a public event.

The president said he has yet to speak to other leaders.

“At this moment we are deciding which is the next step to take, if indeed Ecuador wants the cycle to end, and for the next phase to be done in another country,” Santos added.

The announcement comes on the back of Quito withdrawing from hosting peace delegations, citing that as long as ELN guerrillas continues to engage in terrorist activity, Ecuador won’t be host of the talks.

“I have asked Ecuador’s foreign minister to end those talks and to withdraw our condition as guarantor of the peace process,” Ecuadorean President Lenin Moreno said Wednesday.

Despite the ELN’s continued military operations and kidnapping during preliminary peace negotiations, Santos remains steadfast on achieving peace with the group that has fought the state since 1964 before leaving office in August.

I hope to leave the next president a process that goes in the right direction, hopefully with some basic agreements, such as a ceasefire.

For Santos, the number of lives saved between October last year and January when a bilateral ceasefire was in place was “extraordinary.”

The ongoing peace efforts were applauded by the United Nations, which urged the warring parties to continue talks.