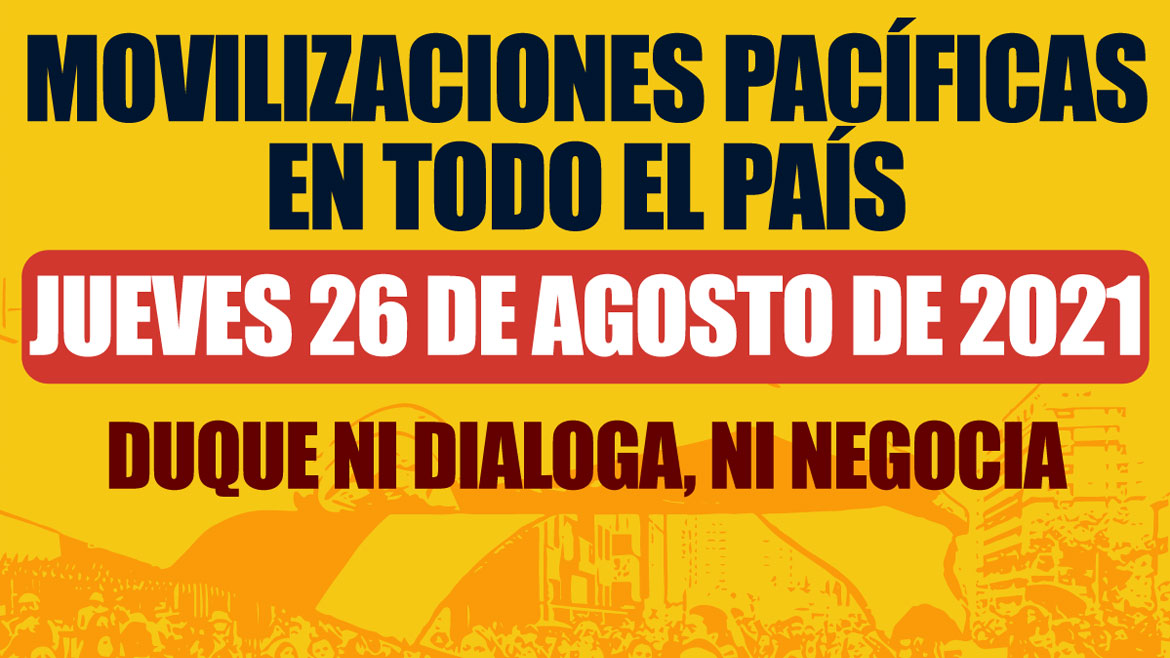 Colombia’s defense minister said Wednesday that he would deploy both the National Police and the military for anti-government protests announced for Thursday.

From the United Command Post in Bogota, Defense Minister Diego Molano and top security officials prepared for the latest day of protests that kicked off on April 28.

Molano and the chief of the National Police, General Jorge Luis Vargas, have come under international scrutiny after evidence of police involvement in the killing of dozens the disappearing of hundreds of protesters.

“Protect those who do not participate in protests”

The defense ministry announced that it would fully deploy the security forces, mainly to “protect those who do not participate in the protests.”

More than 400 thousand men throughout the country will protect those who do not participate in the protests. The Public Force will be there to guarantee the right to work and mobility. In addition, 56 thousand men will accompany the marches to ensure that they are peaceful.

The increasingly authoritarian government has consistently tried to criminalize protest while admitting the vast majority of them have been peaceful.

Prosecutor General Francisco Barbosa has arrested more than 165 members of so-called “Frontline” groups that have used helmets and shields to protect protesters against police brutality.

“Duque neither talks nor negotiates”

Thursday’s protests were called by labor unions, farmers and Frontline groups to convince Congress to propose bills that would curb the devastating effects of the coronavirus.

The protests initially sought talks with far-right President Ivan Duque, but Colombia’s government “neither talks nor negotiates,” according to CUT, one of the country’s largest labor unions.

CUT and other organizations that formed the so-called National Strike Committee wants Congress to remove a 10-year salary freeze of government officials from a pending tax reform.

The strike organizers additionally want an end to the privatization of public companies and a temporary minimum basic income to combat poverty, which has skyrocketed as a consequence of the pandemic.

Why many in Colombia embark on new strike