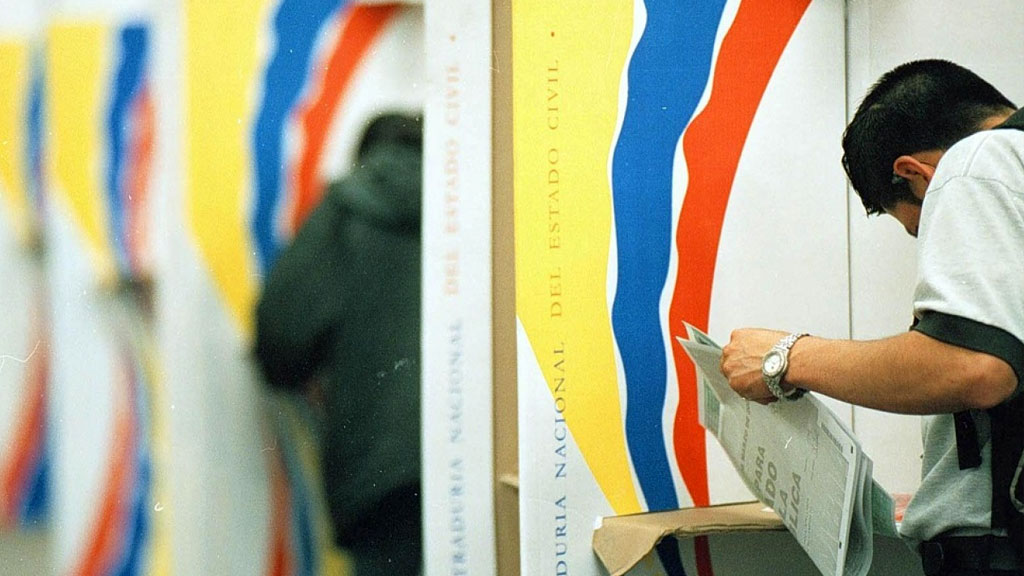 Colombia has begun to clamp down on electoral crime after identifying high levels of fraud with seven months still to go until local and state elections.

Vice Prosecutor General Jorge Fernando Perdomo revealed that so far this year 22 investigations (from a higher number of complaints) have been carried out against electoral criminality.

Illegal armed groups, individuals and candidates themselves are all part of a vast network of fraudulent activity aiming to alter election results, said the investigative body.

Colombia to crack down on illegal campaigning ahead of local elections

Among the crimes being investigated in no less than 20 regions of the country is alleged involvement in identity fraud, withholding of identity cards, fraudulent voting and intervention from sitting politicians.

“It is clear, according to the records, that from this moment they will be committing crimes to alter election results, so the plan of the prosecution is to conduct research before, during and after the elections,” stated Perdomo.

“In an election contest what is at stake is democracy. We cannot allow decisions to be bought with COP50,000 or COP100,000, or a tile, or a lump of cement. This is what harms democracy,” the official added.

How bad the fraud gets

The presence of election fraud is no revelation within Colombia’s elections.

“We received 1,100 reports of electoral irregularities during the electoral process, of which the large majority consisted of vote buying and prohibited publicity,” Camilo Mancera of the Electoral Observation Mission (MOE) told Colombia Reports.

The buying or selling of votes is of course strictly forbidden, and prohibited publicity includes advertisements of particular parties or candidates inside the voting polls.

Perdomo also noted the latent threat of armed groups in the upcoming elections. “It cannot surprise us that criminal organizations such as illegal armed groups can influence electoral crimes in campaigns in different regions of the country,” stated the Vice Prosecutor General.

How criminals try to influence elections

The MOE identified ways in which illegal group might involve themselves in elections in a previous report.

Firstly, they could be a direct support to candidates in regions where illegal groups publicly talk about their electoral preferences.

The second is through indirect support to the candidate whose ideology best suits the advance the group’s preferences.

This is not through direct material contribution to the candidate, but aid through external sources. This does not necessarily mean that the candidate is an ally of the illegal group in question; in fact they may not be aware where the sponsorship is coming from, said the MOE study.

Third is the method of violence, with the aim to limit the political competition and generate electoral monopolies.

Such illegal group activity is reminiscent of Colombia’s previous “parapolitics” – the term used to describe the ties between the now-formally demobilized paramilitary organization AUC, and Colombian lawmakers and public officials.

While then-opposition Senator Gustavo Petro had been denouncing ties between the AUC and members of the coalition and government of then-President Alvaro Uribe since 2002, the scandal did not break until 2006 after seized computers from demobilized paramilitary warlord “Jorge 40″ showed the paramilitaries had signed pacts with politicians to “refound” the motherland.

Since then, dozens of Congressmen were arrested and convicted to prison sentences.

The Colombian government has taken measures precisely to combat the threat of this kind of activity recurring.

“We have already allocated 150 staff in all regions of the country who are to be trained about electoral crimes; but also about related crimes, such as criminal conspiracy, money laundering and crimes against public administration,” informed Perdomo.

“We are also undergoing an analysis of the possible electoral risks that could occur in different regions,” the official added.

For the day of this year’s elections (October 25) almost 9 million staff will working on the ground.

“The Prosecutor’s office is promoting the training of the National Police to understand the legal procedures of this matter, as on the day of elections, given their vast number, they will be most available to attend to urgent cases,” concluded Perdomo.

“They should know all about the voting process as this [knowledge] has been what was lacking,” said the MOE’s Legal Coordinator.