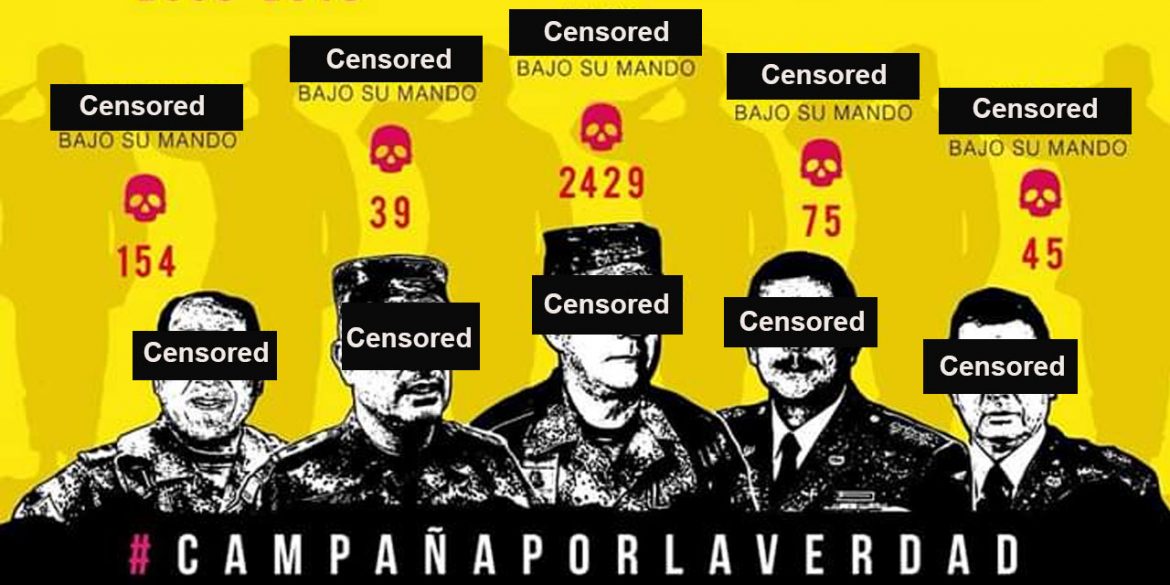 A Bogota court has banned a conflict victims campaign linking army commanders to civilian executions that happened under their watch.

The victims organization was ordered to remove graffiti from a wall in Bogota and remove the image from the internet.

In response, tens of thousands of Colombians began sharing the image online, making it impossible for the victims to remove it and destroying the questionable reputation of the alleged war criminals even further.

The generals and colonel are accused of being among the main promoters of the execution of thousands of civilians who were falsely presented as guerrillas killed in combat during the two governments of former President Alvaro Uribe.

The good name of a “son of a whore” 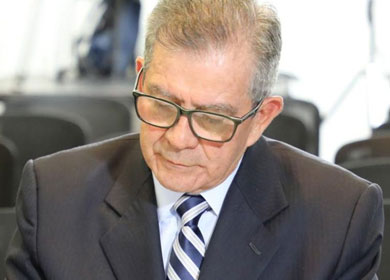 This website would be breaking the law if it were to report that retired General Mario Montoya is linked to 2,429 civilian executions without attributing this claim to the victims whose loved ones were executed and falsely accused of being guerrillas, according to the court.

Without attributing this claim to the victims, Colombia Reports would be tarnishing the good name of Montoya, the alleged son of a whore who reportedly apologized to the army for telling the war crimes tribunal that rank and file soldiers do not know how to use cutlery or go to the bathroom because they are lower class.

The press freedom foundation was only one to challenge the court. The banned image went viral on Twitter almost immediately as victims organizations and thousands of Colombians on Twitter asked the National Army “Who gave the order?”

It hurts their good name and their honor, but it does not hurt them to have presented that many civilians as guerrillas killed in combat and to have bragged that they were winning the war. We will have to fight more than ever. They won’t shut us up.

Victims organization Movice said it would ask the Constitutional Court to overrule the censorship of the image that, according to the victims organization, did nothing but reproduce public statistics of the Prosecutor General’s Office.

Furthermore, because citizens massively began ignoring the court order and published the poster online, “the order to eliminate the image… is not within the reach of Movice,” the NGO said in a press release

It was this censorship that led to tens of thousands of replicas of its content on the streets and social networks, which is beyond the scope of the Movice to remove as a whole. The mural “Who Gave the Order?” is now a part of public property.

The prosecution statistics surrendered to the war crimes tribunal are considerably lower than those sent to Colombia Reports in 2015 when the judicial body said it found at least 4,475 civilians had been falsely presented as guerrillas since 1986.

The practice peaked after Uribe appointed Montoya commander of the National Army and, according to his subordinates, the general demanded “rivers of blood.”