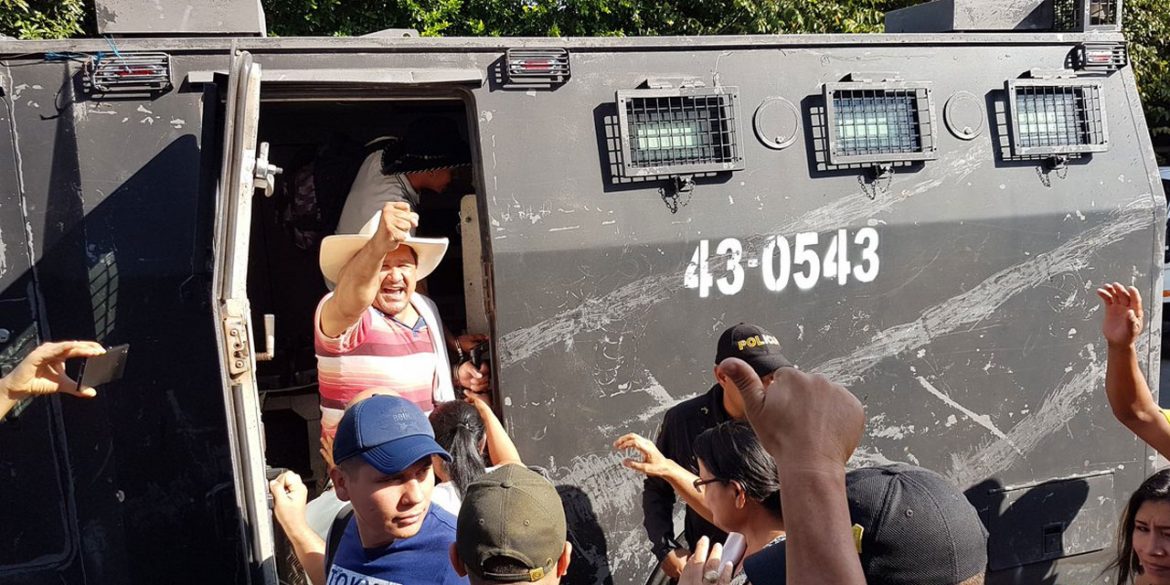 Days after Canadian oil firm Frontera Energy paid the military $1 million, authorities in eastern Colombia arrested locals who had been leading protests against the company, according their local media.

Eight protest leaders from the town of San Luis de Palenque, including one former council member, have spent the past 10 months in jail waiting to defend themselves against the criminal charges of conspiracy to commit a crime, assault, attempted homicide of an officer and blocking public roads.

According to the Committee in Solidarity of Political Prisoners, these charges weren’t filed until after Frontera Energy signed two contracts in which the Defense Ministry agreed that the military would provide “special protection” “in the areas of interest of the company.”

A few days after signing the first contract worth more than $1 million, a representative of this company filed charges and testified against the leaders of the protests.

According to Noticias Uno, the military subsequently produced an intelligence report in which the protest leaders were accused of belonging to an criminal organization.

Less than two weeks later, special police units and the military arrested the protest leaders, much to the indignation of the locals.

The NGO defending the protest leaders has requested the involvement of the United Nations’ unit against arbitrary detentions, Noticias Uno reported.

Why does this even happen?

From 2017 until early 2018, the social leaders led local protests to demand Frontera Energy honor a 2012 commitment made by its predecessor, Pacific Rubiales, which had promised that it would provide jobs, and invest in local infrastructure and projects that would benefit the community.

According to Prensa Rural, Frontera Energy and the locals reached an agreement to suspend oil transports until after coming to and agreement with the locals on January 31.

But two weeks later, the company broke this agreement and resumed oil transports under heavy police protection that was accused of beating up locals who protested.

On February 26 last year, protests escalated and locals blocked the road. This triggered even more violence in which police said officers were injured. How many protesters were injured is unknown.

Oil company says dispute is with individuals, not community

In a written statement, Frontera Energy told Colombia Reports that their dispute is not with the community of San Luis de Palenque, but with the people who clashed with the police and tried to damage the company’s property.

“These events were carried out by a group of people from San Luis de Palenque who, although they claimed to represent the community, were looking out for their particular interests,” Frontera said.

The company stressed that it “acts in accordance with its values of respect and integrity, and conducts business under the highest standards of ethics and transparency. Likewise, Frontera carries out all its processes in compliance with constitutional and legal provisions, and a strict policy of respect and protection of Human Rights.”

The public forces offering security to private companies for money is common in Colombia, but controversial because it is not always clear whether the security forces acts in the defense of public or private interests.

Furthermore, there have been reports of human rights abuses and money being spent frivolously over the years.

Contracts like with Frontera Energy are apparently so controversial that National Army chief Nicasio Martinez was willing to ignore a court order to release this public information to investigative journalism website Rutal del Conflicto.