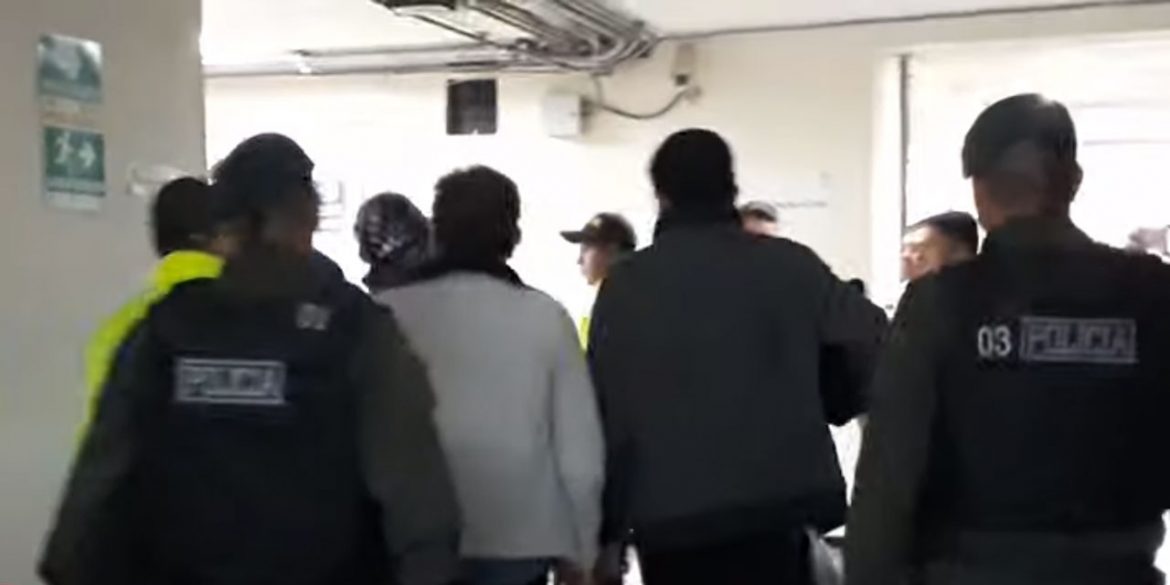 Colombia arrested 6 social leaders on terrorism charges ahead of protests

Among the detainees is David Ravelo, the son of a human rights defender who spent seven years in prison after releasing evidence that former President Alvaro Uribe met with paramilitaries ahead of the 2002 elections.

The arrest of Ravelo and Jaime Hernando Olarte in Bogota were denounced by their organization, the Popular Human Rights Network, on Tuesday already.

Noticias Uno reported on Saturday that another four social leaders were arrested on claims they had conspired with guerrilla group ELN and dissidents of the demobilized FARC guerrilla group the morning before the first anti-government protests this year.

Ravelo told Noticias Uno the charges filed against him were trumped up “exactly like what happened with my dad.”

Julio Martinez, a defender of coca farmers who want to take part in a crop substitution program who was also detained, said the arrests were part of “the persecution of social movements in Colombia.”

According to the news program, all detainees were charged with conspiracy to commit terrorism, on claims they had ties to ELN guerrillas and dissident factions of the demobilized FARC guerrilla group.

Despite the gravity of the charges, the prosecution confirmed none of the arrests.

The prosecution carried out a similar series of raids a day before anti-government protests kicked off on November 21 in apparent intimidation and stigmatization attempts.

The majority of these raids were declared unlawful.

The student leaders and rights defenders arrested this won’t be indicated until sometime this week, according to Noticias Uno.