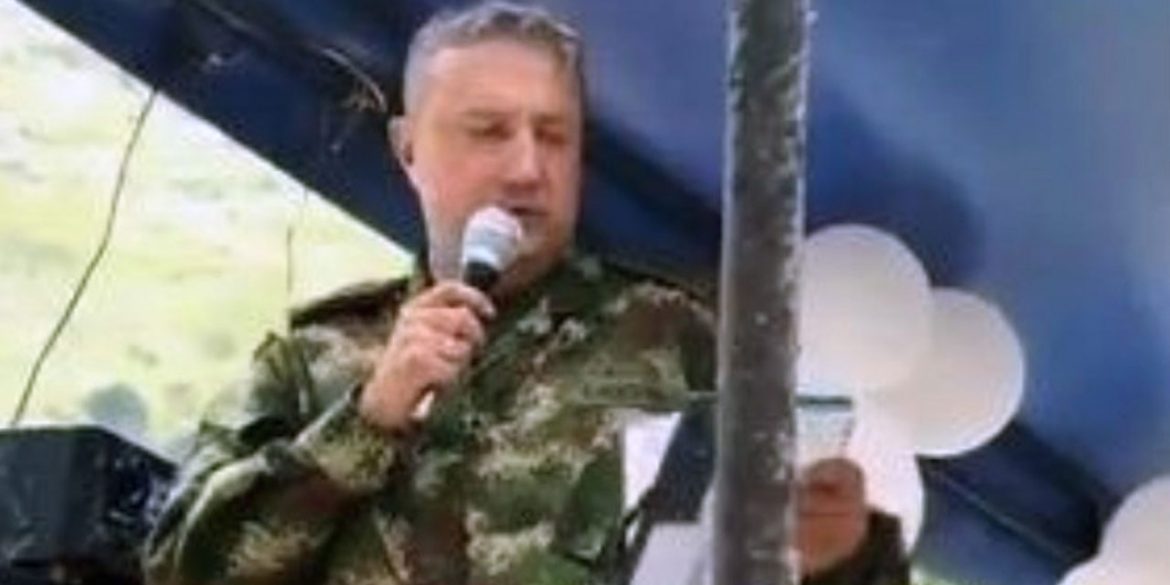 Colombia army commander told to “join the guerrillas” after apologizing for murder: report

A high-ranking army general was reportedly told to “join the guerrillas” by an alleged superior after he apologized to a community in northeast Colombia for the murder of a demobilized FARC member by one of his army units.

Public television network Canal 1 on Sunday broadcast audio in which General Diego Luis Villegas, the military commander for the war-torn Catatumbo region, was told to “retire and join the guerrillas… so that the army may have the honor of hunting you down and taking you out.”

The exact identity of the man scolding the general is unknown, but according to Canal 1 News, the voice in the audio matches that of one of the general’s superiors.

Villegas, who could go to prison if found complicit in crimes against humanity committed after a 2016 peace deal with the demobilized guerrilla group, apologized to the neighbors of FARC member Dilmar Torres last month.

In a vicious and rambling tirade, Villegas’ alleged superior implied that his efforts at reconciliation with the community amounted to favoring the guerrillas over the army, which he has served for over thirty years.

“If it hurt you so much, join the guerrillas so the military forces have the honor of hunting you down and taking you out. If you were that hurt they killed a guerrilla, how come you’re not hurt when they kill 50, 30, 20 soldiers, or kidnap them?

Villegas apologized to Torres’ community after they caught members of one of the units of the general’s Vulcan Task Force red-handed trying to hide the mutilated body of the demobilized FARC member.

“Members of the armed forces killed him and therefore their commander must take responsibility, and here I am… I regret it from the bottom of my heart and in name of the four thousand… that I have the honor of commanding, I ask for your forgiveness,” Villegas told the community.

His apology ran afoul of Defense Minister Guillermo Botero, who has repeatedly denied that Torres was murdered.

Botero claimed that the killing was a “legitimate act of self-defense.” One soldier and one colonel have since been charged with homicide and the opposition in Congress is preparing to file a motion of no confidence for, among other things, the minister’s apparent intent to cover up a murder.

Villegas is already under investigation by the Special Jurisdiction for Peace for another extrajudicial execution case and only avoided prison because he vowed to tell the truth about his crimes and never engage in crimes against humanity again.

Had he tried to cover up the murder like the minister apparently did, he could have lost his judicial benefits and would have risked going to prison for multiple murders.