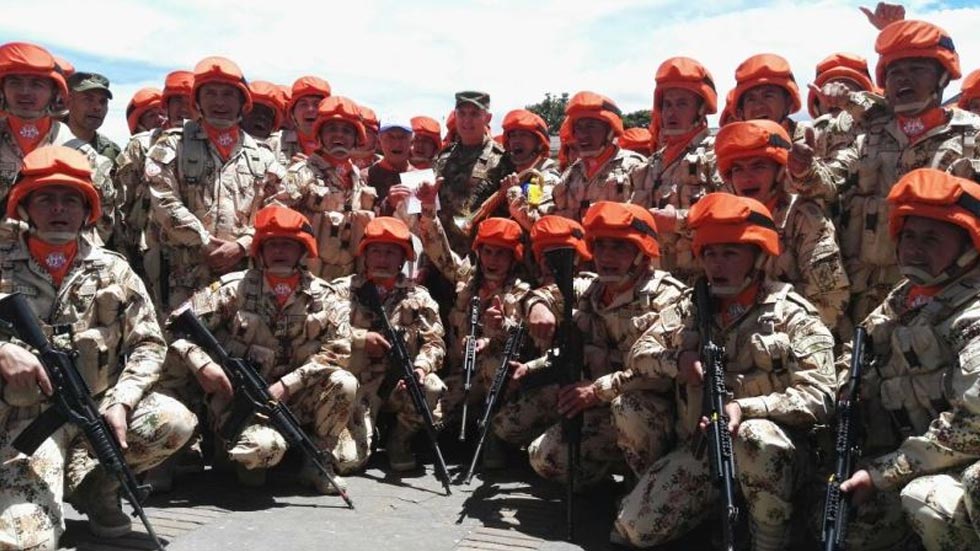 Colombia’s army commander bid farewell Saturday to the Colombia Battalion No. 108 that is off to the Sinai Peninsula to form part of the Multinational Force & Observers, or MFO.

The ceremony held at the downtown Plaza de Bolivar was attended by members of the military high command and relatives of the soldiers on a mission to replace the 189 troops now stationed in that Middle Eastern territory.

General Alberto Jose Mejia noted the role played by Colombia Battalion No. 3 in the Sinai and the responsibility that now falls to every one of the officers and non-commissioned officers making up the current mission.

He added that the Colombian army makes up part of a task force that not only looks out for “multidimensional security” but for “the progress of democracy around the world.”

The Multinational Force & Observers on the Sinai Peninsula is made up of troops from a number of countries including Australia, New Zealand, Fiji, the United States, Norway, France, Italy, Britain, the Netherlands, Uruguay, Canada, Hungary and Colombia.

The MFO’s mission is to supervise the cease-fire signed between Egypt and Israel in 1979.

The peninsula was occupied by Israel during the Six-Day War in 1967 and returned to Egypt as a condition of the 1978 Camp David Accords promoted by Washington.