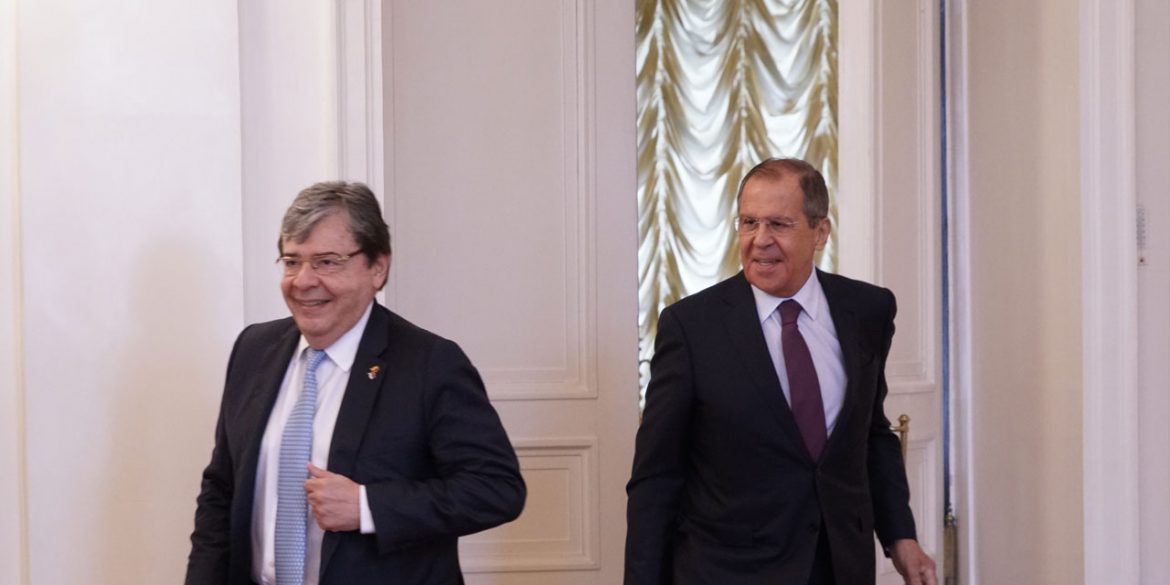 The foreign ministers of Colombia and Russia met in Moscow on Monday to discuss ongoing negotiations between Venezuela’s disputed government and the opposition.

Both countries have expressed opposed interest in Venezuela, which is going through an economic crisis and extreme political polarization.

Russia recognizes President Nicolas Maduro as the country’s rightful president, but stands virtually alone after widespread allegations he was reelected in January through fraud.

Colombia and some 50 other countries from the Americas have recognized opposition leader Juan Guaido, who declared himself president in January, as the country’s legitimate president.

Both Russian Foreign Minister Sergey Lavrov and his Colombian counterpart Carlos Holmes Trujillo said they both support ongoing negotiations between the country’s government and opposition that are taking place in Norway after multiple failed attempts to oust Maduro.

Lavrov told press that “on more than one occasion we have categorically opposed the use of force and [foreign] interference in any of the manifestations of internal affairs of Venezuela or any other country.”

United States President Donald Trump on multiple occasions has said that “all options” including military interference were on the table, but appears to have backed away after talks to resolve the crisis were announced.

Trujillo said that “Colombia supports only diplomatic and political means,” but has refused to sign a statement by the Lima Group, a provisional union of American nations, rejecting military intervention last year.

Colombia’s foreign minister insisted that his country sought “the end of the usurpation” by Maduro, “a transition and the calling of elections” by Guaido.

Venezuela has seen political polarization for decades, but saw this aggravated after a failed coup against late President Hugo Chavez, who died in 2013.

The country plunged into an economic crisis in 2014 following a collapse in the price of oil, the country’s main export product and has been unable to recover.

The situation escalated earlier this year after Maduro’s controversial reelection and Guaido’s move to declare himself interim president.