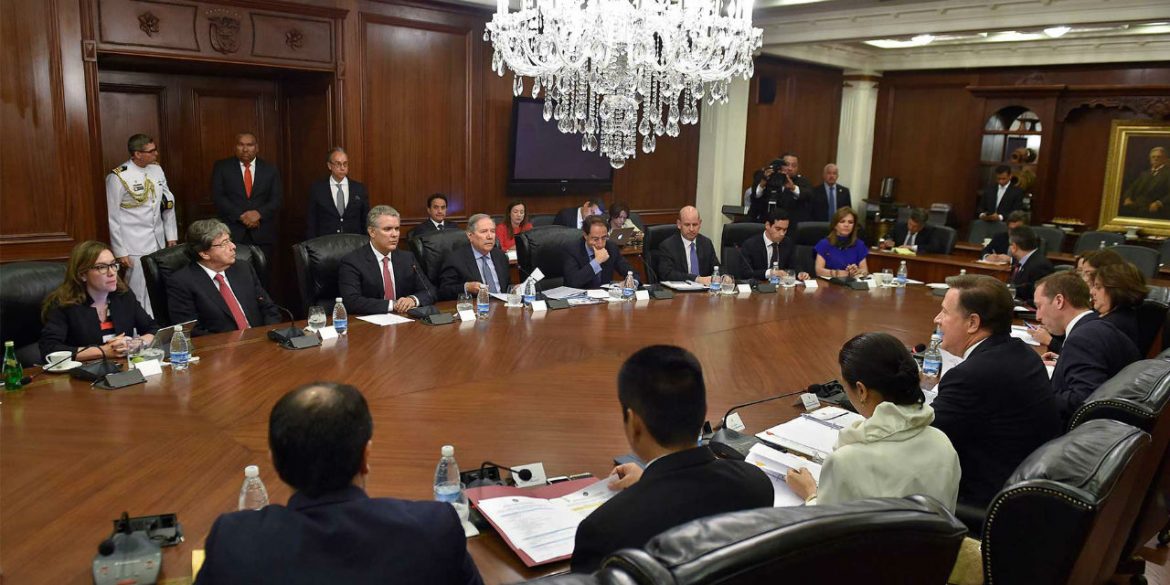 The governments of Colombia and Panama on Monday signed a joint memorandum through which they agreed to jointly fight human trafficking.

In the agreement, which was signed during President Ivan Duque’s visit to the neighboring country, the two governments agreed to “improve mutual cooperation in the prevention, investigation and prosecution of this crime,” a statement on the president’s website confirmed.

The agreement signed by Duque and his Panamanian counterpart Juan Carlos Varela will see increased efforts on both sides to curb the problem.

“The two nations will also work for the establishment of an early warning system that will help authorities to prevent cases of exploitation or abuse of people,’ read the statement.

Others, mainly women and children, have been put to work as sex slaves in tourism hotspots like Cartagena and Medellin in Colombia, and Panama City in the neighboring country.

A 2015 report by Colombia’s State Department said the government “does not fully comply with the minimum standards for the elimination of trafficking.”

The report also noted that the populations most at risk for human trafficking and exploitation include “internally displaced people, Afro-Colombians, Colombians with disabilities, indigenous Colombians, and Colombians in areas where armed criminal groups are active.”

The problem also persists in Panama with government already having been warned about its efforts to deal with human trafficking.

A 2017 report by the neighboring country’s government noted that Panama, too, does not meet the minimum standard for the elimination of trafficking. Though, both reports said the countries have made efforts to tackle the problem.