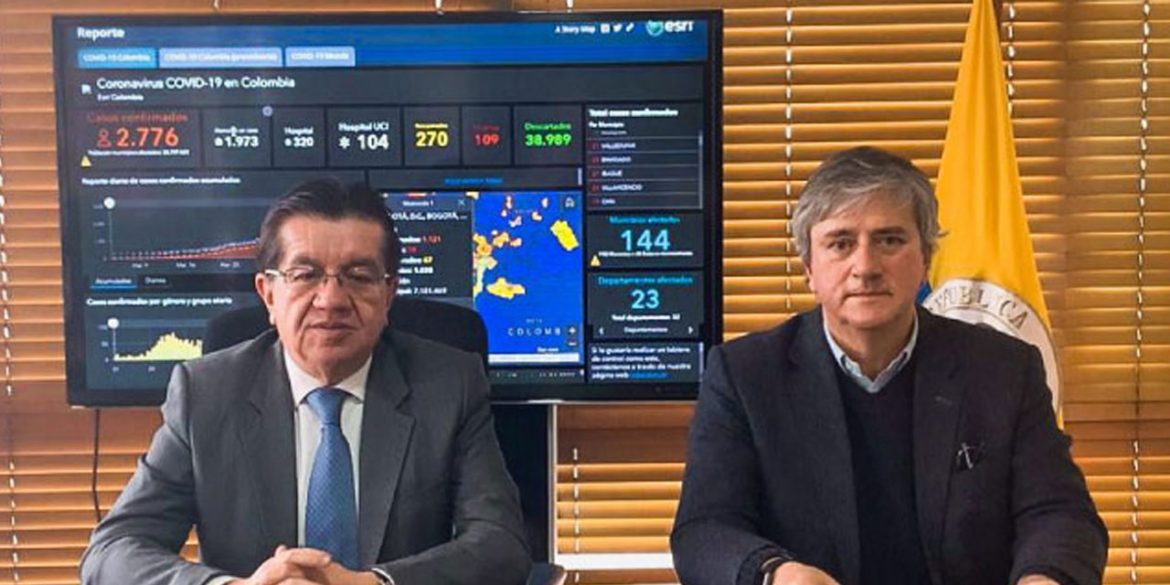 Colombia agrees to not use health workers as coronavirus kamikaze pilots

Colombia’s government on Monday agreed  not to force health workers to attend the coronavirus crisis without providing basic protection measures, avoiding a rebellion among medical personnel.

President Ivan Duque shocked the health workers on Sunday when he issued a forced labor decree for medical personnel without any clear indication they would have access to protective clothing.

Following a meeting with medical professionals, Health Minister Fernando Ruiz promised to change the decree the doctors and nurses said violated their right to life.

Roberto Baquero of the Colombian Medical College, said that the government had secured the purchase of so-called N-95 masks and other scarce medical equipment considered vital to responsibly treat viruses.

At the same time, the health workers’ representatives agreed to forced labor “only in case the crisis leads to a lack of health personnel and that it will be rolled out gradually in accordance with the evolution of the epidemic.”

“We agree that the personnel to be called will be previously trained and provided with the necessary biosafety equipment.”

Additionally, the Minister agreed to improve the labor conditions of medical personnel, many of whom haven’t been paid for  months.

“We share with him the belief that this crisis demands the joint effort of all of us to come out ahead,” Baquero said.

The escalation of tensions with the doctors and nurses weeks before the projected peek of the pandemic was only the latest in a series of preventable crises.

A day after issuing a state of  emergency on March 17, Duque triggered the rebellion of local and regional governments by unconstitutionally revoking their measures to prevent the rapid spread of the coronavirus.

The exclusion of the country’s 1.5 million Venezuelan migrants from emergency aid during an ongoing quarantine that began on March 25 triggered a humanitarian crisis.

The mismanagement and embezzlement of aid supplies also left many Colombians without food, spurring citizens to jump in and provide the aid promised by the president.

With the National Health Institute failing to effectively carry out tests that could indicate the spread of the virus, many in the country are uncertain whether only the healthcare system or the entire state is failing.