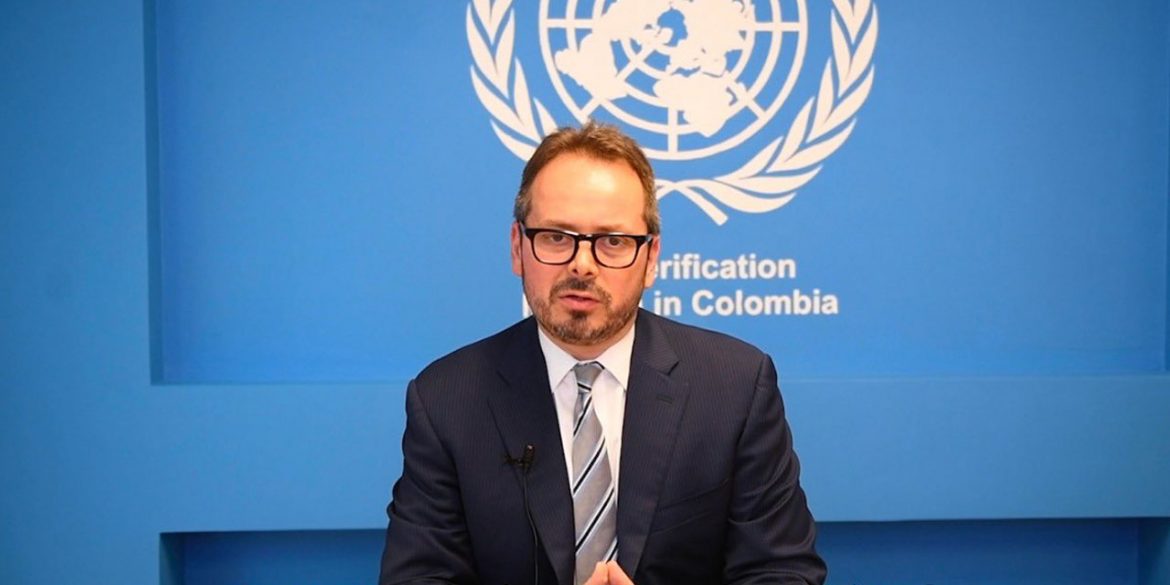 Climate of insecurity and violence persists in Colombia: UN

Top United Nations officials expressed their “deep concern” over Colombia’s “climate of insecurity and violence” in a conversation with President Ivan Duque on Thursday.

In a virtual meeting with Duque and his post-conflict coordinator Emilio Archila, the UN Under-Secretary-General for Political and Peacebuilding Affairs Rosemary DiCarlo stressed “the insecurity affecting the lives of too many Colombians in conflict-affected areas of the country, notwithstanding the overall reduction in violence brought about by the peace process.”

The American official urged that “more needs to be done about what the UN Mission Chief in Colombia, Carlos Ruiz, called a “climate of insecurity and violence.”

We remain deeply concerned about the insecurity affecting the lives of too many Colombians in conflict-affected areas of the country, notwithstanding the overall reduction in violence brought about by the peace process. We condemn the violence by illegal armed groups that has continued unabated even amid a global health crisis. The killings and threats against social leaders, former combatants, women and young people are a threat to peace. We acknowledge the efforts by Colombian authorities, communities and local leaders to address this serious challenge. We all recognize more needs to be done.

DiCarlos reiterated called on Duque to adhere to the call of UN Secretary General Antonio Guterres for a global ceasefire.

The ELN, the country’s last standing guerrilla group, initially declared a unilateral ceasefire in response to Guterres earlier this year, but ended this a month later after the president insisted on perpetuating the armed conflict that began in 1964.

Ongoing fighting with the ELN and smaller groups has a “deleterious effect” on the implementation of the peace process, according to Ruiz.

The deleterious effects upon security guarantees are not allowing communities, former combatants and institutions from fully realizing their potential to build peace and therefore delaying the transformations provided for in the Agreement and the expectations of Colombians for peace.

Duque said “there are issues that we must work on harder, such as the threat of drug trafficking; the criminal groups that kill social leaders, which we face, and the challenge of justice so that there is truth, justice, reparation and non-repetition.”

The far-right president has been under persistent criticism for failing to implement the peace deal between former FARC guerrillas and his predecessor Juan Manuel Santos, which is fiercely opposed by his party.