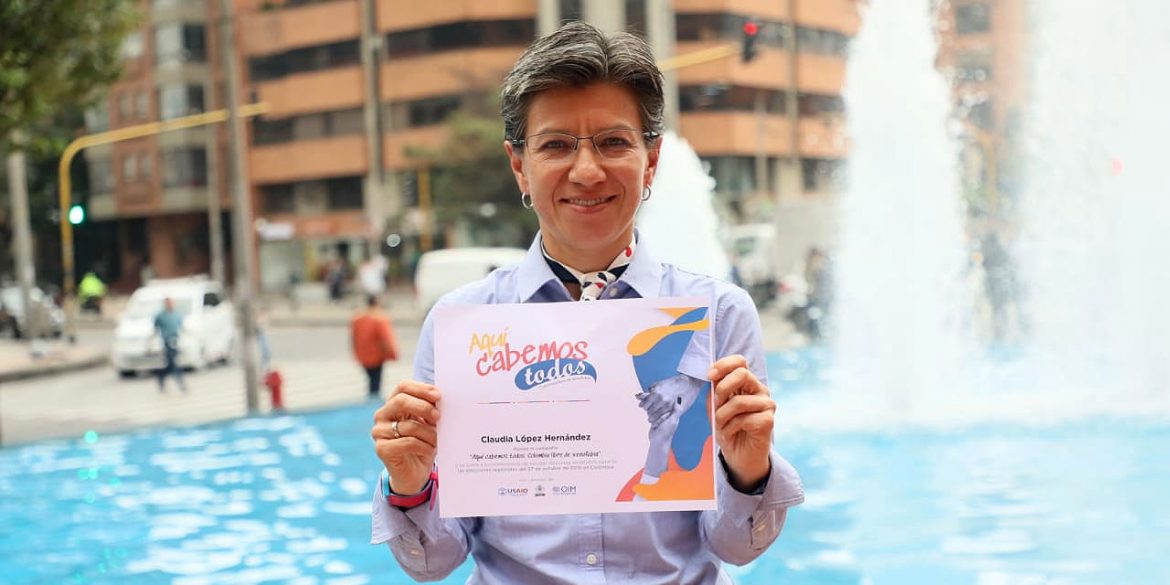 Claudia Lopez is the mayor-elect of Colombia’s capital Bogota, a former senator and a long-time anti-corruption advocate.

A native from the capital, Lopez began her career in advocacy as a student at Universidad Externado de Colombia, where she studied finance, government, and international relations.

After serving as a consultant for the United Nations during her undergraduate studies, she went on to obtain a Masters degree in Public Administration and Urban Policy at Columbia University in New York.

After her return to Colombia, Lopez worked as a political columnist at multiple Colombian publications like Semana, El Tiempo and La Silla Vacia.

In 2005, she published her research about the infiltration of paramilitary groups in politics. Lopez’ investigations and those carried out by opposition Senator Gustavo Petro led to the prosecution and conviction of more than 60 congressmen, including the cousin of former President Alvaro Uribe.

In 2008, Lopez began working for the think tank Nuevo Arco Iris, aiding in armed conflict research and reconciliation strategies. This led to another 2013 publication in La Silla Vacia, in which she established links between the governor of the northern La Guajira province, Juan Francisco Gomez, and drug traffickers. Gomez was subsequently investigated and sentenced to 55 years in prison.

Lopez and others who had investigated the former governor received a multitude of death threats and were forced to leave the country almost immediately. This did not stop her from continuing her anti-corruption advocacy efforts; she returned to Colombia in 2014 to run for senator.

Lopez won her senate seat with an overwhelming 81,000 votes, the highest amount for a candidate in that election cycle, and led the anti-corruption Green Alliance party.

She resigned from the senate in late 2017 to be allowed to run for president in the 2018 elections.

This bid was short-lived and Lopez put her weight behind former Medellin Mayor Sergio Fajardo who ran on a similarly centrist anti-corruption platform.

In an attempt to counter polarization, Lopez fiercely criticized both Petro on the left and the eventual winner of the elections, Ivan Duque, on the right.

Fajardo only just missed out for the second round in the elections. Lopez did not sit still and set her sights on an anti-corruption referendum she had been preparing.

The referendum that was held just weeks after Duque took office failed to obtain the necessary votes by a small margin, but more than the president in the second round of the elections.

While Duque tried and failed to have the anti-corruption proposals pushed through Congress, Lopez moved on and ran for mayor of Bogota.

She succeeded and made history. In October 2019 she became the capital’s first female and openly gay mayor-elect.