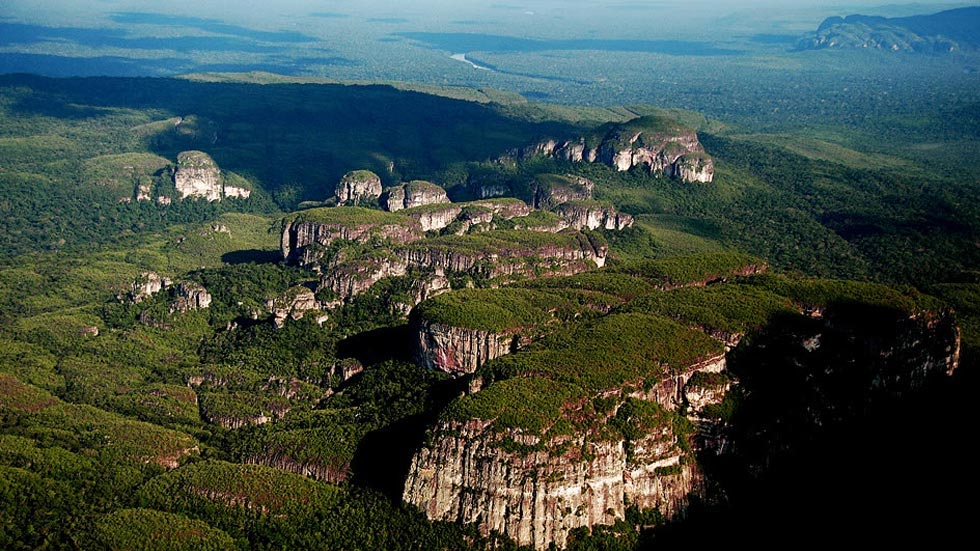 Colombia’s Chiribiquete National Park to more than double in size

On Wednesday, Colombia’s government announced a massive amplification of the territory protected by the Chiribiquete Natural National Park in the heart of the Colombian Amazon.

President Juan Manuel Santos was on hand in Bogota with the National Park Director and the Minister of the Environment for the press release, in which he told reporters that Chiribiquete will add almost 1.5 million hectares, more than doubling its current size, from its current 1.3 to 2.8 million hectares of rainforest.

The president called the decision “a bet for the life, the sustainability and the well being of Colombians.”

Chiribiquete, which spans parts of the Guaviare and Caqueta departments, is considered one of the most important centers of cultural heritage, ecology and biodiversity on the planet. Four known indigenous tribes, some believed to be among the oldest still alive on the continent, live on the parkland, and in the new addition alone, there are an estimated 41 different species of reptiles, 49 amphibians, 145 birds, 209 butterflies and at least 13 species of mammals under threat of extinction.

The park was originally placed under government protection in the early 1990s, when a vast series of perfectly preserved cliff paintings dating as far back as 18,000 BC were discovered. Environmentalists and archaeologists have been studying the region ever since, and have been pushing for years to expand protections on an area they say contains the most complicated river network in the Amazon, the longest cultural tradition in all of South America and some of the more unique ecological micro-systems and climates found on the planet. The park, they say, is also vital to regional and global life, as it serves as a filter for a significant portion of Colombia’s fresh water and produces an immense amount of the planet’s oxygen.

With the additional 1.5 million hectares, Santos told reporters, “a fifth of the Colombian Amazon is protected under [Colombia’s] national natural park system,” calling the Chiribiquete Park in particular “an important Contribution from Colombia to the world, and also a symbol of national peace.”

With Santos’ presence, the event, otherwise a celebration for scientists and environmental and indigenous activists, did have a political element to it.

Santos, who is widely criticized by environmentalists and populist social organizers for the generous contracts his administration has given to large-scale multinational mining companies, often on land bordering indigenous populations and sometimes within existing environmentally protected areas, has been accused of attempting to criminalize Colombia’s rural farming and artisanal mining populations by protesters participating in the ongoing national strikes.