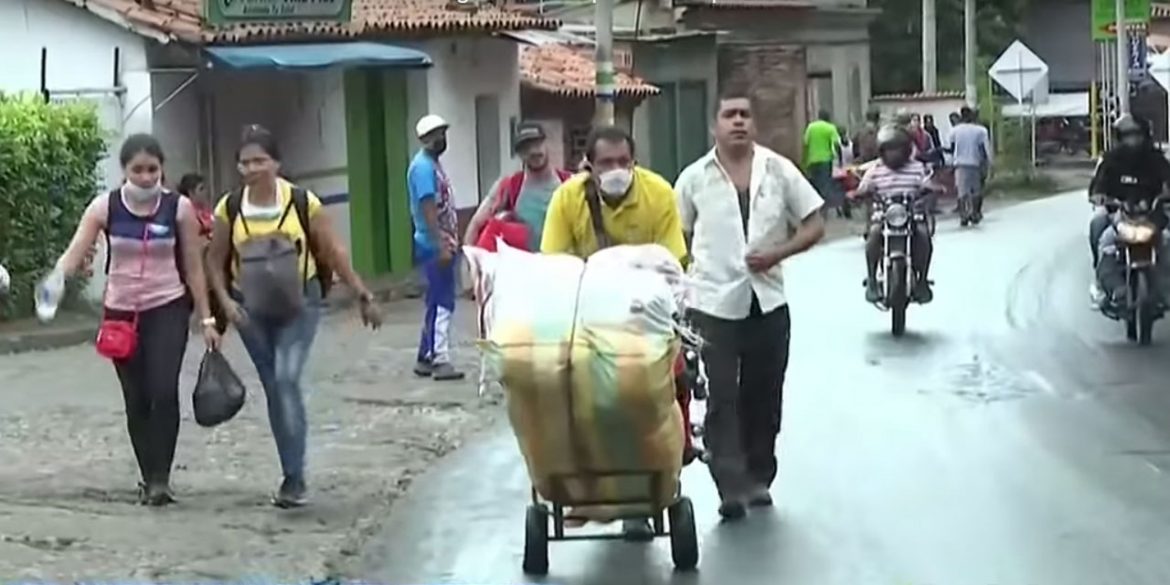 Chaos on Colombia’s border with Venezuela after border crossings close

Colombia’s decision to close the border with Venezuela as one of the measures to curb the spreading of the coronavirus led to chaos at the border.

Venezuelans in desperate need for healthcare that is virtually unavailable in the neighboring country got stuck on their side of the main border crossing outside of the city of Cucuta.

Others got stuck on the Colombian side of the border after buying food supplies and medicine that are scarce in Venezuela, which has been suffering a humanitarian crisis for years.

Border authorities and police lacked the capacity to stop people from crossing the border through one of the hundreds of illegal border crossings along the 1,380-mile border.

Illegal armed groups and extortionists did, however. They were charging people between 20,000 ($5) to 80,000 pesos ($20) to use  these tracks normally used for contraband smuggling and drug trafficking, Venezuelans told Colombian media.

The majority of Venezuelans who cross the border do so to buy food or drugs and return on the same day, which now means having to go past border gangs instead of border authorities.

“Of course I’m afraid, but I have my two children,” one Venezuelan woman told television network Caracol.

Venezuela first, Europe and Asia next

Saturday’s closing of the Venezuelan land border announced by President Ivan Duque on Friday comes two days before Colombia also restricts travel from all countries in Europe and Asia.

From Monday onward, only Colombian citizens, foreign residents and diplomatic personnel from these countries will be allowed in the country.

These travelers are obliged to stay at home for two weeks to make sure they’re not carrying the virus that has infected more than 150,000 worldwide.

Apart from travel restrictions, the government has embarked on a major propaganda campaign to promote hygienic measures and social behavior that could prevent contagion.

Public officials are advised to work from home as much as possible to decrease commuting.

Fears in Colombia are that if the pandemic breaks out in Colombia, the country’s healthcare system, which has been severely weakened because of corruption, could collapse.