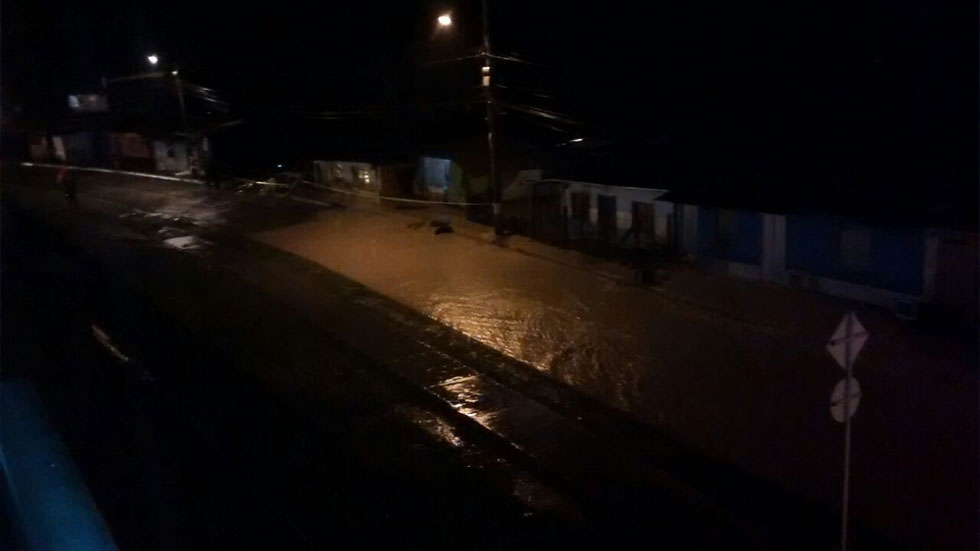 For the second time this month, extreme rainfall caused flooding in one of Colombia’s cities, killing at least two in Manizales. Fifteen people were reported missing.

The excessive rainfall caused a landslide that hit the Aranjuez neighborhood, killing one person.

In the nearby Alto Persia neighborhood another person was reportedly killed and nine had gone missing, according to Caracol Radio.

At least 20 homes in the affected neighborhoods at the foot of the Sancacio hill were destroyed. In total, 15 people are missing, the mayor told the radio station.

A parts of the city was left without electricity and running water while the city center was isolated after an avalanche blocked a road.

At the order of the mayor, all the city’s schools and universities remain closed on Tuesday.

Cardona asked the residents of the Caldas capital to stay at home as much as possible to allow relief agencies to attend the affected areas.

The Manizales disaster is the second to hit Colombia this month.