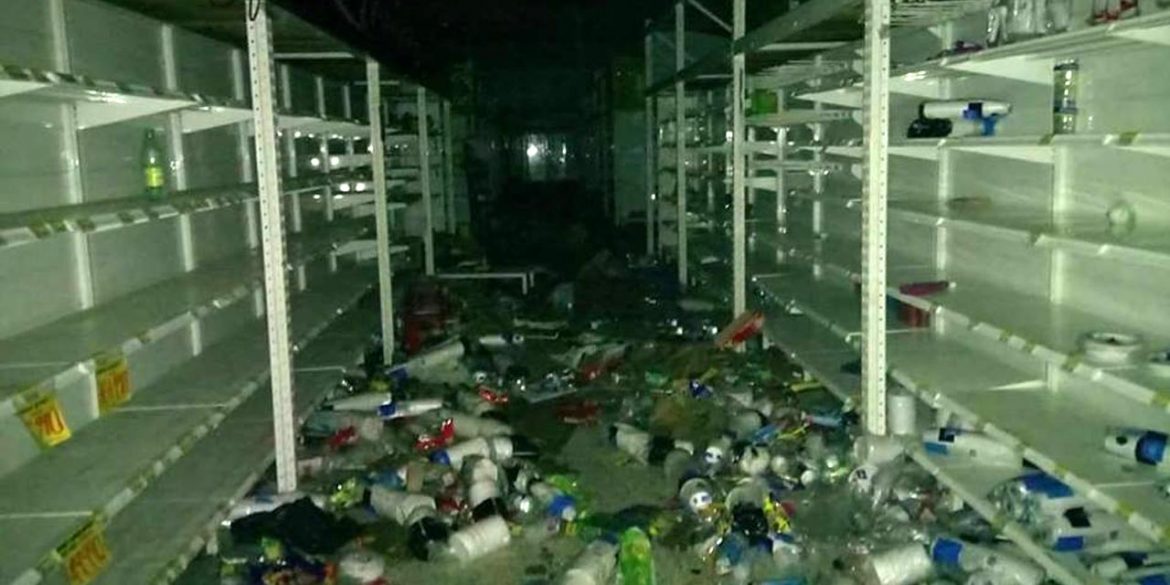 Hours after Colombia’s prosecution announced that a supermarket chain had been used to launder money for the now-defunct guerrilla organization of the FARC, hundreds took to looting.

The looting of the supermarkets in four towns in the Tolima and Cundinamarca provinces were partially destroyed or set on fire in the early morning.

Hours before, the prosecution accused the company’s owners of laundering money for the former guerrillas.

Looters took this as an invitation to attack the supermarkets.

Videos that appeared on Twitter showed the looting, apparently without interference from authorities.

The management of the Supercundi stores said hours after the looting began that it was still waiting for the police and military to restore order and protect the properties.

Tolima Police commander Colonel Jorge Esguerra told media that riot police was needed to reestablish order in the towns where the looting occurred.

The prosecution has been targeting businesses allegedly used by businessmen to launder money for the FARC’s illegal activity with which it financed its 14,000-strong guerrilla army.

The group demobilized and disarmed last year in a peace process that has been marred by violence and unrest.