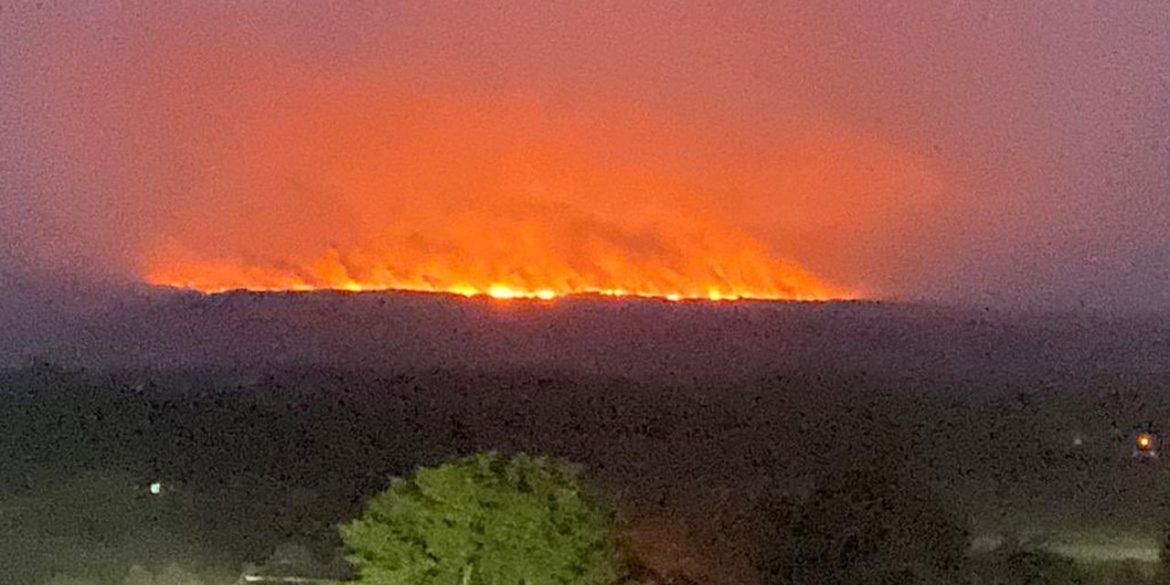 Two soldiers were killed, one was taken hostage and a major forest fire broke out in central Colombia after  military efforts to try to evict communities living in a nature reserve went awry, local media reported on Saturday.

The Environment Ministry using the military?

The defense minister and Environment Minister Ricardo Lozano invited national press to the remote area for a propaganda outing, presumably not expecting they were walking into a disaster.

Lozano said that 15 adults and five minors were arrested and 3,500 hectares of colonized nature reserve were “recovered” in the operation.

The locals told Noticias Uno, however, that the military was trying to evict them from plots where they had been living for decades and not one government official ever approached them until the military began attacking them on Thursday.

Previously no authority, also not the National Parks authority, absolutely no authority came to tell us that we could not live here. Therefore we consider that we must continue here, we have worked more than 25 and in some cases more than 30 and 40 years building our family heritage.

Both Trujillo and Armed Forces commander Luis Navarro confirmed that one community ended up taking a soldier hostage in an attempt to prevent their displacement from the natural park.

The mayor of La Macarena, Herminso Cardenas, said that in one of the three hamlets where the armed forces were deployed on Thursday presumed dissident FARC guerrillas opened fire, killing two soldiers.

After the ministers’ propaganda trip on Saturday, a forest fire of epic proportions broke out near Caño Cristales, the region’s top tourism attraction, causing mass deforestation the authorities said they were combating.

In a press release, the Ombudsman’s Office said to “presume the operations of the security forces are legitimate,” but demanded “the authorities to act on the basis of humanitarian principles of proportionality and necessity to determine the use of force.”

We understand the complex situation in the villages of El Rubi, El Tapir and Aires, determined by structural conditions of poverty and institutional abandonment, the presence of armed actors, and territorial and environmental conflicts, as it is an area of National Natural Parks.

The Ombudsman’s Office offered to mediate between the communities and the authorities “to overcome this difficult moment without resorting to violence.”

Deforestation on the frontier of the Colombia’s Amazon region is common in February, when colonists have burned down rainforest in order to expand territory, mainly for cattle ranching, for centuries.

Poor families additionally take advantage to appropriate land and in some cases grow coca often unaware what is considered a nature reserve by Bogota and what is not.

The prevention of this is almost impossible as the state is virtually non-existent in areas like southern Meta.

In Guaviare, the province south of Meta, the governor’s office has 11 officials to monitor an area the size of Ireland. Until 2006, there were only six.

The absence of the state has proven a blessing for dissident FARC guerrillas who, contrary to the now-demobilized guerrilla group, do not impose environmental regulations as long as the locals pay “taxes.”

Trujillo and Lozano invited national press to Meta for a propaganda event, which at the end of the day had left two soldiers dead and caused an environmental emergency.