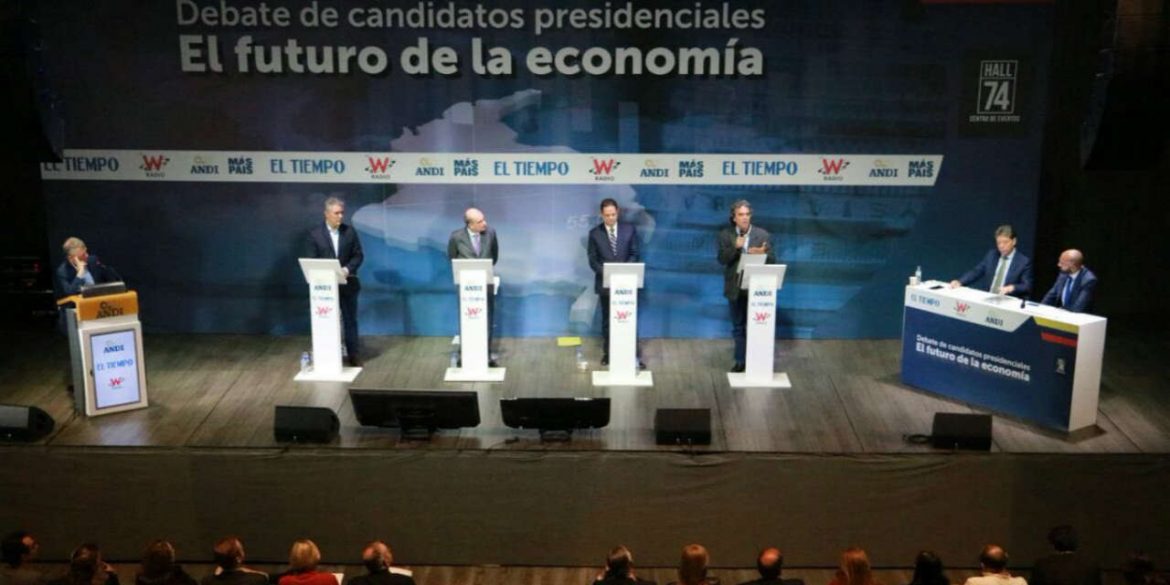 The candidates in Colombia’s 2018 presidential elections signed a pact on Wednesday to discourage the use of hate speech during the campaigns.

Following a presidential debate in the nation’s capital, Ivan Duque, German Vargas, Humberto de la Calle and Sergio Fajardo agreed to put an end to the “intolerance” and “physical aggression” seen in an electoral campaign marred by vulgar language and, even, physical attacks on candidates.

Two other candidates, Viviane Morales and Gustavo Petro, weren’t present at the debate but signed the pact on their campaign trail.

The deal was requested by the National Council for Peace, Reconciliation and Coexistence, an initiative created from the state’s 2016 peace deal with the FARC guerrilla organization.

With this document, the candidates commit themselves to developing their political campaigns based on mutual respect, open dialogue and truth while actively denouncing intimidation, persecution and violence.

The initiative will be promoted on social networks with the hashtag #DebatirSinAgredir (debating without attacking) and it is expected that citizens join the debate and the discussion of ideas without inciting violence.

The idea of ​​committing the presidential candidates to a ‘no violence’ campaign came after finding that in a previous debate, 20% of the more than 8 million messages that circulated around social media on the subject had high content of intolerance and polarization.

In March, leftist candidates Gustavo Petro and Rodrigo Londoño were attacked after incitement by political rivals.

The elections, to take place in May, have been some of the most hotly contested — both inside the political arena and outside of it — in recent years.

Unlike in previous elections, however, armed groups refrained from attacking polling stations.