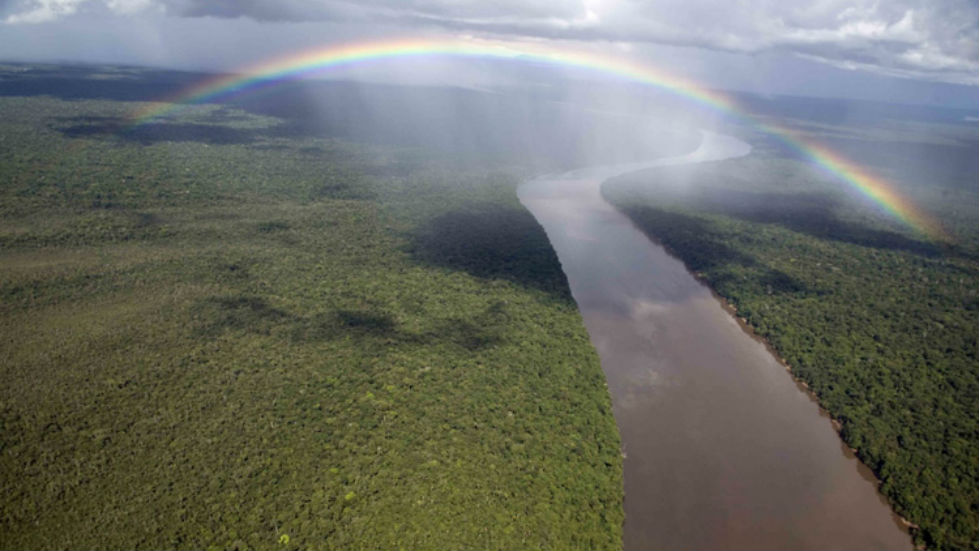 Colombia’s government is facing a $16.5 billion lawsuit following a dispute over a mining permit in the protected nature reserve of Yaigoje-Apaporis National Park in the south of the country, according to local media.

In September 2015, Colombia’s Constitutional Court suspended mining activity across more than 247 million acres of the park, that spans between the southeastern provinces of Amazonas and Vaupes.

According to reports, the Court took action after Cosigo Frontier Mining, allegedly tried to convince local indigenous communities to lift mining restrictions that had been implemented when the land was designated as a National Park in 2009.

Cosigo’s lawsuit, which was filed in Houston and will be studied by a United Nations Commission on International Trade Law rules, seeks to challenge the 2015 ruling that revoked the company’s mineral rights on what today is the Yaigoje-Apaporis Natural Park.

Since 1977, it has been illegal to mine in Colombia’s protected reserves, however the implementation of the law has not always been consistent.

The area in question was declared of national mining interest in the 1980s with the Canadian company beginning operations there in 1989.

As concerns heightened about the potential environmental damage that may result from large-scale mining, local indigenous leaders raised the idea of creating a national park in 2005.

The park was created in October 2009 but two days later the Colombian government granted a mining title inside the park to Andres Rendle, Cosigo’s Chief Operations Officer and legal representative.

There was a further twist when indigenous leader Benigno Perilla established legal action against it before Colombia’s Constitutional Court claiming that his community wasn’t properly consulted by the authorities, the park violated the community’s constitutional authority over their territories.

In a hearing held in the Amazon rainforest in January of 2013, magistrates of the Constitutional Court heard Perilla acknowledge that Cosigo had provided legal aid and covered expenses to help his community pursue legal action.

He claimed the company wanted to establish small-scale operations in the region but their “love affair ended” when the locals “didn’t see good intentions” amongst the representatives of the Canadian company.

Following Perilla’s declarations, the Constitutional Court confirmed the legality of the park in September 2015 and called for investigations against Cosigo for illegal interference during the consultation process.

The company denied all accusations of bribery and in Februarry of this year sought an English-language arbitration in Houston, Texas.

According to the Financial Post, Texas-based lawyer Kevin W. Boyd put a $16.5 billion value on the gold deposit in the national park.

Cosigo’s COO Rendel said the company had put all its eggs in the “Colombia basket,” and the creation of the park and subsequent loss caused its share prices to fall from 60 cents a share in early 2011 to one cent now.

This action is part of a wave of lawsuits facing the Colombian state following a new trend of resistance to mining projects across the country.

Following a ruling by the country’s Constitutional Court in October 2016, local communities have increasingly been asserting their authority to veto mining projects — even if the project was approved in Bogota.

For instance, according to Financial Post, Canadian miner Gran Colombia Gold has also filed a US$700 million lawsuit against Colombia after the government ordered the company to cease operations in the town of Marmato until locals’ formal consent in consultation round that are supposed to be held previous to any operation.