Can Colombia’s political rock star Petro move to the center?

The frontrunner in Colombia’s election race, the leftist Gustavo Petro, is under increased pressure to team up with moderate candidates and jointly defeat conservative candidates.

Petro has become a political rock star, though, and is going head to head with former Senator Duque, the prodigy of former President Alvaro Uribe. 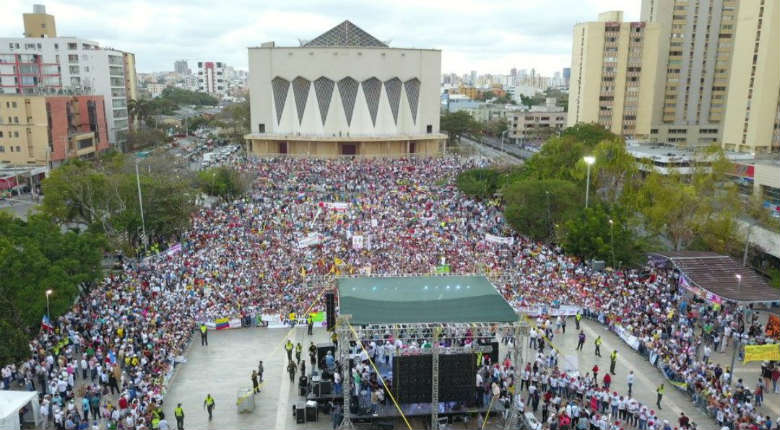 Petro has drawn huge crowds in which he has attacked corruption practices and war crimes associated with elite politicians like Vargas and Uribe. (Image: Gustavo Petro) 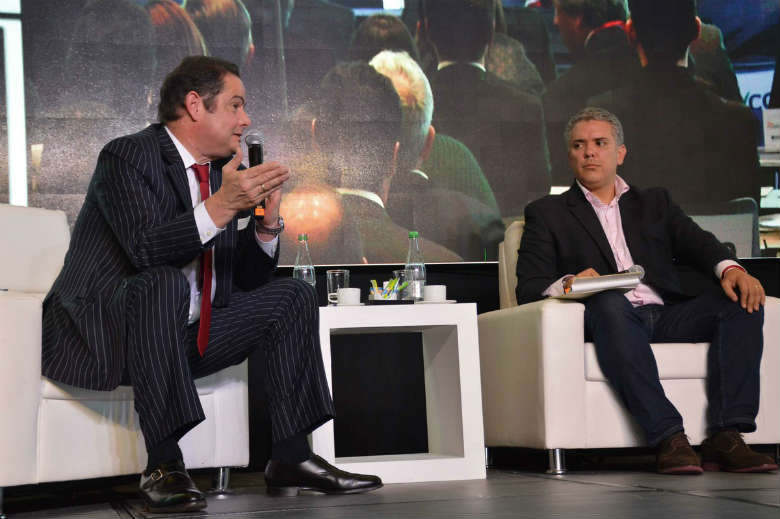 The polarization has evaporated political support for the center, who do not believe Petro is able to draw enough moderate voters to win a possible run-off election.

Both Petro, Fajardo and De la Calle have all given voice to an increasingly large number of Colombians who reject corruption and a quasi-aristocratic rule associated with dynasty politicians like Duque and former Vice-President German Vargas.

According to Fajardo’s running mate, Senator Claudia Lopez, said she did not believe Petro is able to defeat Duque in the elections and should support Fajardo.

“Another person should lead the calls for change,” Lopez said on Twitter.

Some 50,000 young people sent a letter to Petro, Fajardo and De la Calle, asking them to “have a coffee for Colombia.”

According to the petition, “a first round victory has stopped being a dream and could become reality. Today, for the first time in the history of Colombia, there is a possibility for the forces of change to become and real options to assume power, considering the division in votes between the reactionary forces.”

While Lopez and De la Calle have urged Petro to rally behind a centrist candidate, Petro said Friday on Twitter he believes he has most chance to defeat the conservative and hard-right forces in the elections.

“I don’t doubt that an era of peace in Colombia requires the unity of all democratic and progressive forces of the country,” said Petro.

However, “I’ve been fighting for 40 years,” said Petro, who began his political career as a teenager in the M-19 guerrilla group and has unveiled some of the country’s worst scandals of this century.

“They’ve wanted to box me in, disappear, imprison me and until now they’ve failed. I want to participate in the history of my country with a purpose: to construct real change.”

The first round of presidential elections is set for May 27. If no candidate obtains a majority vote, a second round between the first two candidates will be organized in June.