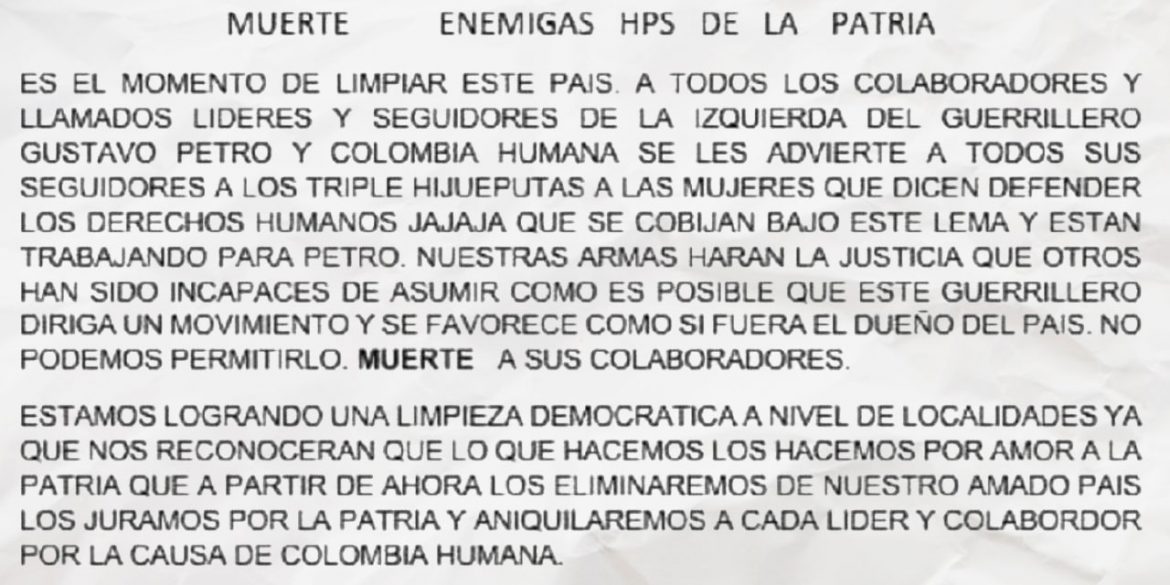 Anyone in Colombia is free to criticize far-right President Ivan Duque as long as they are willing to die or live in terror for anti-opposition violence.

A surge in assassination and death threats is making it clear that an increasing number of allies of Duque and his far-right Democratic Center party no longer tolerate democratic opposition.

Native Colombian Senator Feliciano Valencia said that a bomb exploded 50 yards from his farm in the southwestern Cauca province on Saturday, two weeks after the politician’s car was taken under fire.

Eleven supporters of opposition Senator Gustavo Petro, Duque’s opponent in the 2018 elections, have been assassinated so far this year in an unexpected surge in deadly violence against Colombia’s most popular opposition movement.

More than 100 death threats have been sent to the party and its members so far this year as part of a terror campaign fueled by incendiary rhetoric by Duque’s political patron, former President Alvaro Uribe.

Duque is not a tyrant, says Colombia’s defense minister who oversaw a massacre 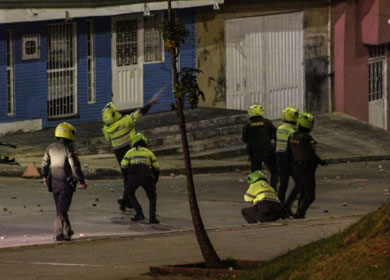 Evidence indicates that the National Police embarked on three terror campaigns in apparent attempts to dissuade citizens from taking part in protests against the unpopular president since November last year.

According to independent conflict monitors, 252 human rights defenders and community leaders, and 53 demobilized members of the FARC, the former guerrilla group that disarmed in 2017, were assassinated so far this year.

A state terror campaign all but exterminated the leftist Patriotic Union Party between 1985 and 2002 when state officials and paramilitaries murdered thousands of the party’s members.

We go returning to the time when having a different position than the current government gets you killed. Not only are there massacres and murders of social leaders, but they also exterminate anyone who thinks differently.

According to opposition Senator Maria Jose Pizarro, Duque’s far-right government has shown no political will to effectively guarantee political opposition to the government that is neck-deep in legal trouble over election fraud, and its alleged ties to organized crime and paramilitary groups.