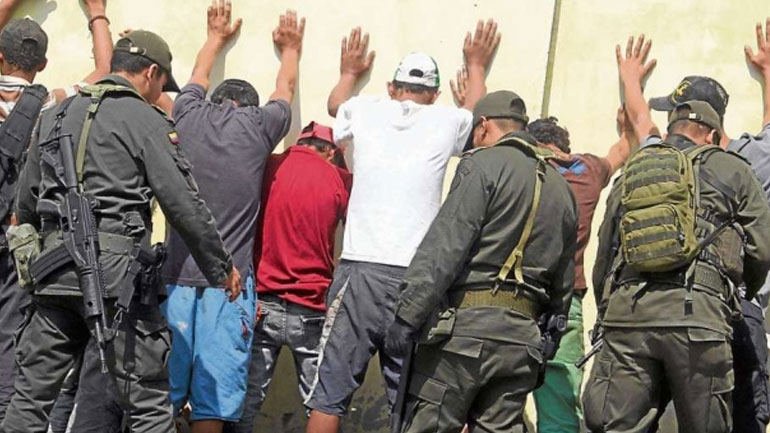 Police in Cali have arrested 23 alleged members of a local gang that is accused of being behind more than 100 homicides throughout Colombia’s third largest city.

The gang called reportedly was a major affiliate of the Los Rastrojos drug cartel which operates from the Valle del Cauca province of which Cali is the capital.

According to local newspaper El Pais, the gang operated from the west of the city, and had approximately 80 members at the beginning of this year.

The gang reportedly oversaw the distribution of arms in the city and ordered contract killings with smaller street gangs controlling approximately one third of the city, mainly in the east.

Among those arrested on Thursday was “El Calvo,” the leader of the gang who reportedly responded directly to one of the Rastrojos’ chiefs, “Boliqueso.”

Following the surrender and arrest of the Rastrojos’ founders in 2012, the seconds-in-command of the organization decides to set up an affiliate structure, dividing territory and giving each “capito” or mini-capo control over part of the organization.

Boliqueso has been named as one of these mini capos.

However, this transition to a more decentralized criminal structure did not go smoothly and turf wars broke out between some of the crime lords, disallowing authorities to effectively lower the city’s high homicide rate until last year.