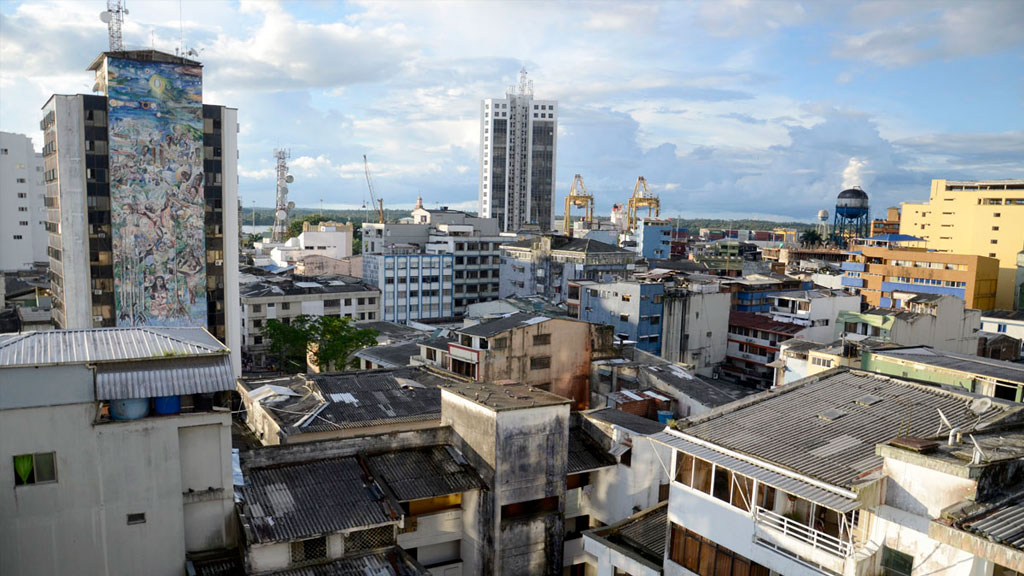 Citizens of Colombia’s Pacific port city Buenaventura on Wednesday were still struggling to continue with daily life and business after a FARC attack on an electricity pylon on Sunday has left the city without electricity.

Estimates of the Chamber of Commerce say in three days the city has lost $1.75 million as an effect of the power outage. Local merchants were setting up stands selling candles and ice, and charge locals for recharging cellphones or laptops.

The director of Fenalco, an organization that represents business interests claimed that “a power outage directly affects all commercial activities of the city.” As such, the city ceased to operate after sunset.

Energy company EPSA said on Tuesday that it hoped to be restoring the city’s power supply on Thursday, four days after the FARC attack. Local media confirmed that electricity was restored early Thursday morning.

Bishop Hector Elpaza on Tuesday called on the government and local politicians to attend the city’s crisis. “It is time that the government takes seriously this emergency, not only electric, but social, Buenaventura is still suffering,” the bishop stated.

The bishop also referenced discussions that have been ongoing for over a decade surrounding plans to implement a second electricity line, avoiding a full shut down in the case of a terrorist attack or technical issues.

He questioned how the largest port in Colombia cannot have an emergency power supply as many other including Cartagena and Barranquilla do.

The most recent crisis adds to a paramount of social issues the city was already having before the FARC blew up Tower 17.

A report presented to leaders and social organizations of Buenaventura on Tuesday highlighted issues the city has dealt with over the last 15 years. This report released by the Center of Historical Memory listed 26 massacres with 201 deaths, 475 forced disappearances and 152,000 displaced between 2000 and 2014.

Gonzalo Sanchez, director of the Center of Historical Memory, said the of report findings “It is a cry for the nation to take charge of what is happening here in Buenaventura. This is a tragedy that has not been addressed either by the national, regional and local institutions, or society.”

To make the city’s crisis worse, indigenous people in the south of the Valle de Cauca province held protests over education, culture, sport, health and electricity on Wednesday, causing the city to be entirely disconnected from the rest of the country for five hours.