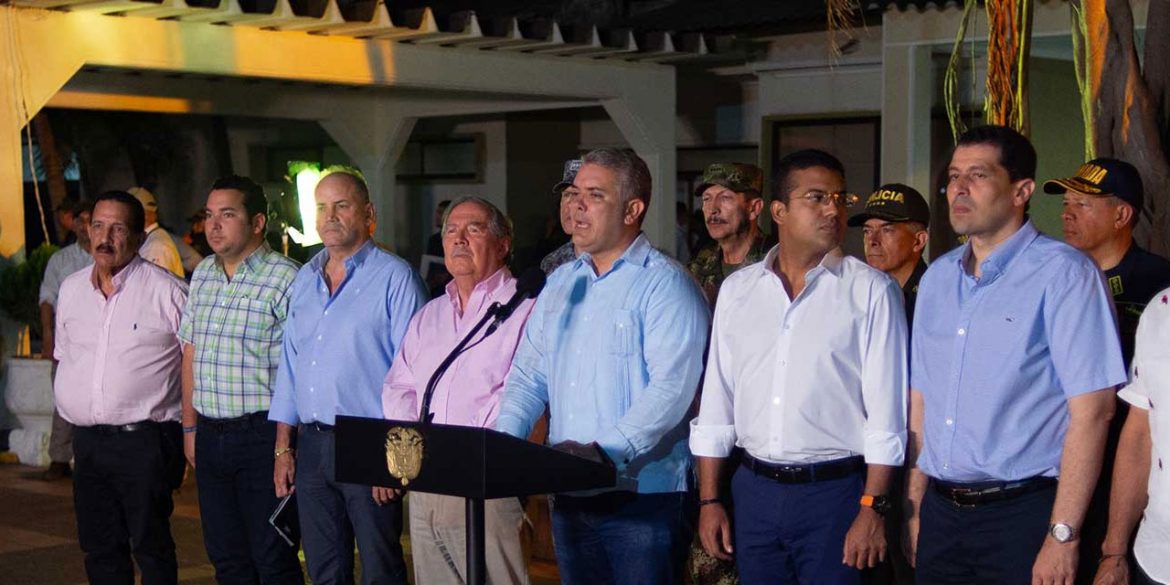 Duque said that the arrest of Carlos Mario Usuga was “one of the biggest blows” his government has dealt to drug trafficking, one of the AGC’s main revenue sources.

The brother of alias ‘Otoniel’, his main man of confidence and who managed the finances of this drug trafficking structure, perhaps the largest in the country, has been caught.

Without giving any specifics of the time or location of the arrest, the president said “this was an impeccable intelligence operation, the work of our police and army with the support of the remaining forces.”

Otoniel’s brother has never been mentioned as a major figure in the paramilitary organization that, according to US authorities, controls approximately 80% of drug exports to the United States.

Notwithstanding, the presidential website said that “he became criminally visible by taking full control of the finances of the ‘Gulf Clan’… after the arrest of his sister Nini Johana” in December 2013.

According to the intelligence sources cited by the president’s website, Otoniel’s brother was a member of the AGC’s central command and known as “Cuarentano.” Duque said on Twitter his alias was “David.”

Otoniel took control of what he would call the AGC with his brother “Giovanni” in 2009 after the arrest of founder “Don Mario.”

The three rearmed at the end of the demobilization process of paramilitary organization AUC in 2006 following orders of  “Vicente Castaño.”

Giovanni was killed in a police operation in 2012 after which Otoniel created a military-style central command with multiple former AUC members as top commanders.

Two other brothers of Otoniel, Angel Eusebio and Fernando Umbeiro Usuga, were arrested last year and accused of playing major roles in the organization of their brother, but they have yet to be formally brought to trial.