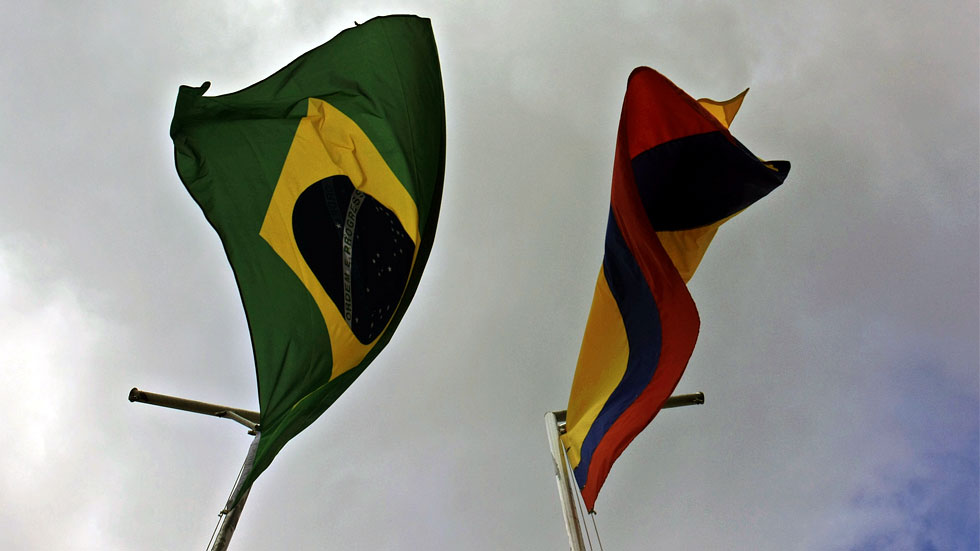 Defense ministers from Brazil and Colombia agreed to step up their fight against drug traffickers at a meeting on Tuesday in the Brazilian city of Manaus, where feuding drug gangs set off a recent string of deadly prison riots.

The countries promised to share intelligence and transportation along a porous 1,000-mile (1,600 km) border cutting through the Amazon rainforest, where they have struggled to slow the flow of drugs in recent years.

Demobilization of the Revolutionary Armed Forces of Colombia (FARC) as part of a deal ending more than 50 years of war has raised concerns that heavily armed former combatants could join with increasingly powerful drug gangs in Brazil.

“We cannot let peace in Colombia be cause for concern in the region,” said Colombian Defense Minister Luis Carlos Villegas. “We must stop the so-called dissident FARC forces from advancing toward our borders … All of our military and policing muscle will be brought against the dissidents.”

The splintering of FARC forces coincides with a bloody realignment among the drug gangs running the roughly $4.5 billion cocaine trade in Brazil, the world’s biggest consumer after the United States, and funneling drugs to Europe.

For years, Brazil’s two most powerful gangs, the Sao Paulo-based First Capital Command (PCC) and the Red Command, based in Rio de Janeiro, divided the national drug market and shared the most lucrative trafficking routes.

However, a wave of prison massacres starting in Manaus this month signaled a violent break between the PCC and gangs allied with the rival Red Command, leaving about 140 dead and underscoring the chaos in Brazil’s penitentiary system.

Brazilian Defense Minister Raul Jungmann stepped up visits to the country’s remote border regions, pledging to double the budget for a high-tech surveillance program supporting some 1,500 soldiers in the 24 garrisons along the Amazon border.