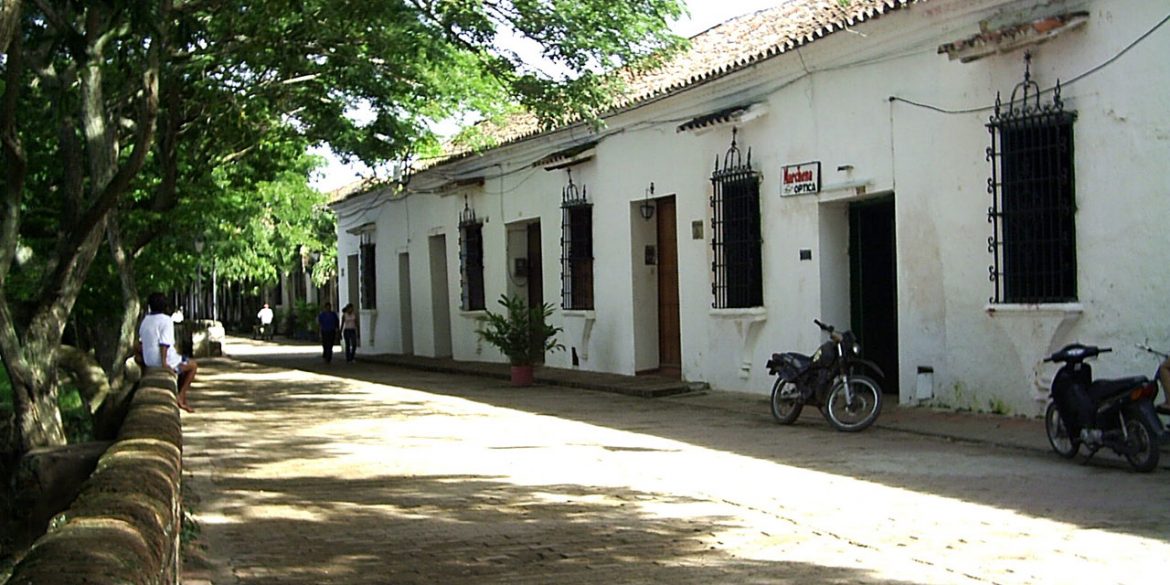 With the exception of its capital Cartagena, Bolivar is a mostly quiet Caribbean province whose geography is dominated by the Magdalena river and its wetlands.

Bolivar’s 48 municipalities are divided in six regions and one “special district,” Cartagena.

Named even after the man who liberated Colombia from Spanish rule, the Bolivar province has played a major role in Colombia’s national history.

Archaeologists have found evidence of human settlements as old as 6,000 years, but assume that people have been living in the region for possibly twice as long.

Spanish conquistadors landed on the coast near Cartagena in either 1,500 or 1,501, but made no efforts to conquer the delta region until 30 years later.

Cartagena was founded by Pedro de Herrera, an ambitious nobleman and explorer who took his expansionist curiosity as far inland as what are now the provinces of Antioquia and Tolima.

Herrera explored the region with “Catalina The Indian,” an kidnapped and enslaved native woman who helped the conqueror communicate with nearby tribes and ultimately married her master’s nephew.

The conquistadors brutally slaughtered many of Catalina’s people in the first decades of colonization. European diseases killed many more.

While superior in military force over the conquered indigenous nations, the Spanish were never able to maintain steady order in Cartagena and the region inland. Foreign pirates were attacking the city since its foundation and slave revolts were common.

The main slave-trading port of the Caribbean coast received a large number of war prisoners who had violently resisted European influence in Africa. Their expulsion from Africa only displaced their rebellious cultures, and many escaped of were freed by African rebels.

Under the leadership of Benkos Bioho, escaped slaves created the first free African colony in the Americas in the late 16th century in what is now San Basilio de Palenque.

Bioho has since become a national hero for Colombia’s black minority,

Bioho and his African rebels would attack Cartagena and free slaves as often as they could, providing the freed slaves independence from Spanish rule in San Basilio de Palenque.

The white and mestizo inhabitants from the region around Cartagena declared did not revolt until 1811 and joined the Republic of Colombia in 1819.

What was called the Cartagena Province became Bolivar in 1857 in the honor of General Simon Bolivar, the man who had led the revolution and wars that freed much of Colombia, Venezuela, Panama, Ecuador and Peru.

While the Africans remained effectively independent in their enclaves in the Montes de Maria region, the “criollo” aristocracy spent decades fighting over the abandoned Spanish colonies until the late 19th century.

The first anti-Spanish revolutionaries, the descendants of Bioho and his Arican rebels in Montes de Maria, have maintained a degree of autonomy until this day. San Basilio de Palenque was proclaimed “Intangible cultural heritage” by UNESCO in 2005.

Due to the growing influence of tourism, manufacturing and commerce have increasingly become important sectors of Bolivar’s economy.

Bolivar’s economy on tourism has on average been developing faster than that of Colombia, but in a very volatile way as it is vulnerable to changes in the global economy and the Colombian peso.

Employment rates in Bolivar are generally lower than in the rest of the country, but suffering an excessive informality rate. In Cartagena, for example, only 43% of workers can count on labor rights established by the law.

Bolivar’s poverty rate is considerably higher than the national average, partly because of aforementioned labor informality and the consequential underemployment. Many who work do not make enough to make enough money to get around.

Bolivar was home to the first free town in the Americas. The descendants of slaves continue to occupy a relatively large portion of modern-day society.

Cartagena’s Palace of the Inquisition

Learn some Caribbean and Afrocolombian history