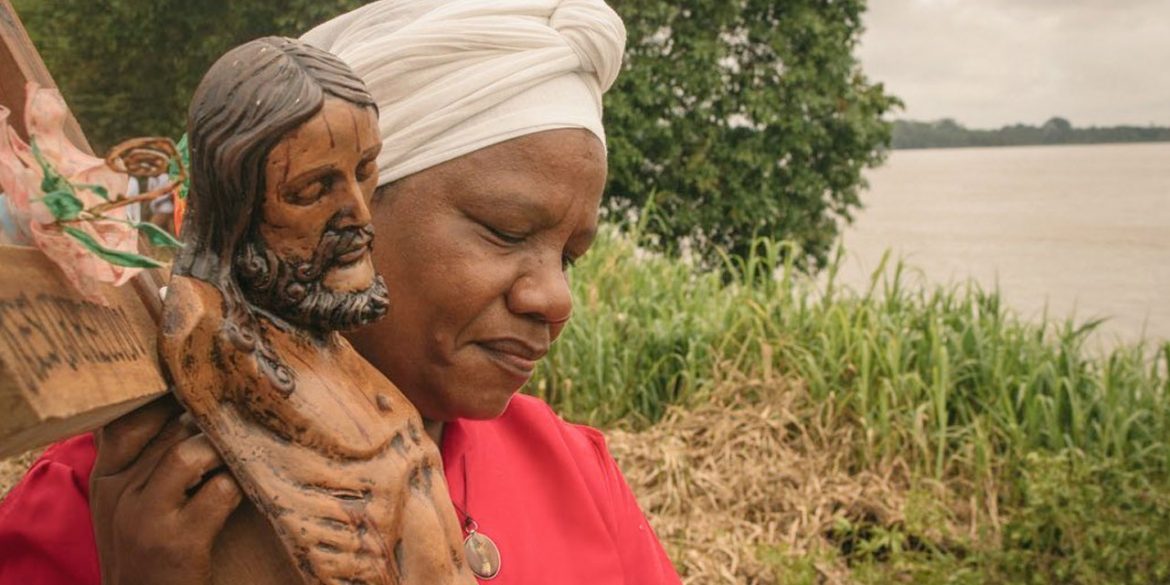 Bojaya commemorates massacre for the first time with lost loved ones, but without peace

The people of Bojaya on Saturday commemorated the 2002 massacre in their northwest Colombia village for the first time in the presence of those they lost, but without the peace they were promised.

It took 18 years for the locals to honor most of the more than 80 people who died in the massacre after the identification and return of their remains as part of the country’s peace process last year.

The same peace process left the town without the FARC, whose home made mortar crashed through the roof of the local church where the community was hiding from combat between the guerrillas and paramilitaries.

What the peace process never brought was peace.

President Ivan Duque even forgot the date of the guerrillas’ worst massacre. His Sunday morning claim that “today we reiterate our commitment with the victims” couldn’t possibly sound emptier.

The FARC did remember the date, saying Saturday on Twitter that “there are no words for the caused pain.”

Community leader Leyner Palacios, who arguably fought hardest to have the remains of the 27 family members he lost identified and returned to his village, was unable to be in Bojaya.

Palacios was forced to flee to the capital earlier this year after the paramilitaries made it clear he would be dead within 24 hours if he showed his face.

The lights of hope are fading in Colombia. There used to be a lot of lights, full of hope, but every day there are less and less. There are very few lights left now.

From the capital, the community leader commemorated his lost loved ones by watching the documentary “Bojaya, in the Crossfire” on TV.

The people in Bojaya weren’t able to watch the documentary. The capital city’s public television network doesn’t transmit in the north of the Choco province.

As a leader threatened for defending the Choco, I am hurt by what happened 18 years ago in Bojaya; where the war is still going on.

Only a few locals were able to hold a memorial service as the violence and the coronavirus has the community confined to their homes.